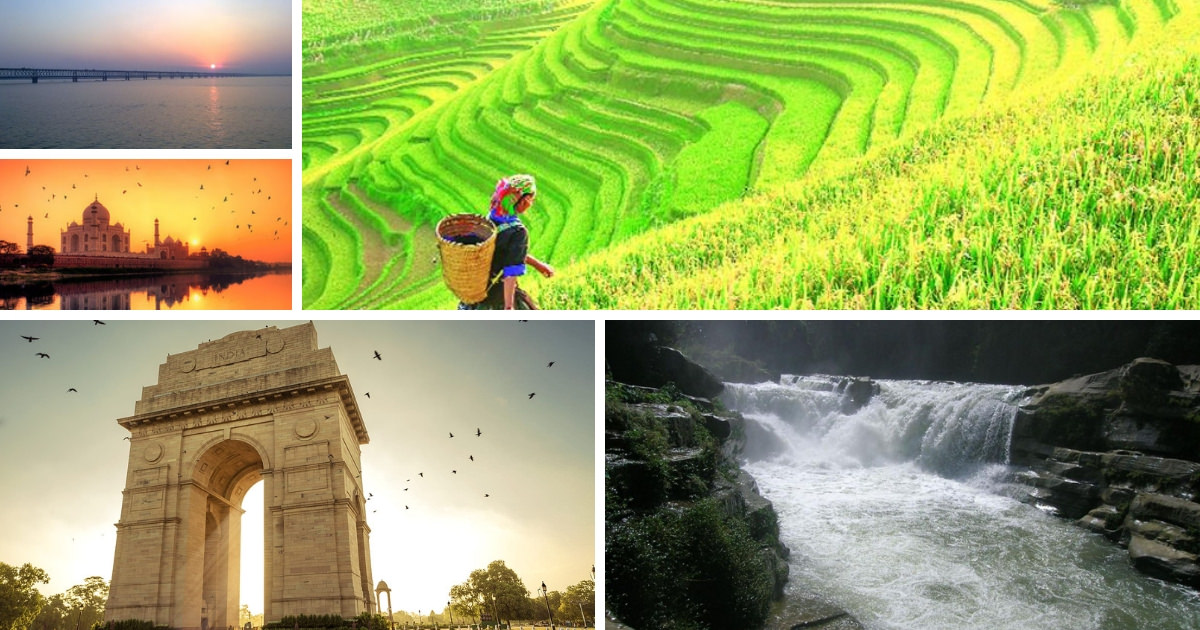 GK Quiz on India covers General Knowledge Topics such as Indian History, Indian Geography, Award Winners from India and many more. The GK Quiz Questions given below will be helpful for Competitive Examinations as well as Job Interviews.

Why GK Quiz on India is important to know?

In General, all the competitive exams focus more on General Awareness. So mastering in General Knowledge always gives you an added advantage when compared to others.

1. Which is the first Indian Language to attain Classical Language Status?
a) Malayalam
b) Tamil
c) Telugu
d) Kannada

2. The World famous Khonghampat Orchidarium is in which of the following Indian States?
a) Karnataka
b) Manipur
c) Meghalaya
d) Madhya Pradesh

Click Here to View Answer
Answer b) Manipur. Khonghampat Orchidarium also known as The paradise of Orchids is the Orchid yard maintained by the Forest Department of Manipur. The garden is graced with over 120 varieties of orchids and appears like a grand mural of blooming flora. Khonghampat Orchidarium is also a home to some of the endangered types of orchids which are rarely found in other parts of the world.

Click Here to View Answer
Answer c) Brihadeswara temple. Brihadishvara Temple is a Hindu temple dedicated to Shiva located in Thanjavur, Tamil Nadu. The famous temple was Built by Raja Raja Chola I between 1003 and 1010 AD. It turned 1000 years old in September 2010.

4. Debrigarh Wildlife Sanctuary is in which of the following Indian State?
a) Madhya Pradesh
b) Odisha
c) Uttar Pradesh
d) Meghalaya

Click Here to View Answer
Answer b) Odisha. Debrigarh Wildlife Sanctuary is situated in Bargarh district of Odisha. The fauna includes Indian leopard, Indian elephant, sambar, chital, and gaur. This Wildlife Sanctuary is home to over 250 plant species, many of which have ethno-botanical and medicinal value.

5. How many religions in India that have been awarded “National Minority” status?
a) Four
b) Five
c) Six
d) Seven

6. As per Census 2011, which Indian state has the lowest literacy rate?
a) Kerala
b) Uttar Pradesh
c) Mizoram
d) Bihar

7. How many types of Prerogative writs are there in the Indian Constitution?
a) Three
b) Four
c) Five
d) Six

Click Here to View Answer
Answer c) Five. Prerogative writs are a subset of the class of writs which are issued by the court under special circumstances and are often known as extraordinary remedies. Prerogative writs are of 5 types. They are Habeas Corpus, Mandamus, Certiorari, Prohibition, and Quo-Warranto.

8. Who is regarded as the chief architect of the Constitution of India?
a) KL Krishna Kumar
b) BR Ambedkar
c) Dev Shiv Ram
d) Murali Pakshirajan

Click Here to View Answer
Answer b) BR Ambedkar. The Constitution of India is the supreme law of India. Indian Constitution is the longest written constitution of any sovereign country in the world.The nation is governed by it.

Click Here to View Answer
Answer c) Sixth. Beginning a long political career with the Indian National Congress party in the Indian independence movement, he went on to hold several key offices in independent India—as the first Chief Minister of Andhra Pradesh, a two-time Speaker of the Lok Sabha and a Union Minister—before becoming the youngest-ever Indian president.

Click Here to View Answer
Answer a) VO Chidambaranar. Valliappan Olaganathan Chidambaram Pillai (1872–1936), popularly known by his initials, V.O.C. was a Tamil political leader. He was a disciple of Bal Gangadhar Tilak. He launched the first indigenous Indian shipping service between Tuticorin and Colombo with the Swadeshi Steam Navigation Company, competing against British ships.

11. Rock Shelters of Bhimbetka, one of the Cultural Heritage Sites in India, is situated in which Indian State?
a) Uttar Pradesh
b) Arunachal Pradesh
c) Madhya Pradesh
d) Andhra Pradesh

Click Here to View Answer
Answer c) Madhya Pradesh. The Bhimbetka rock shelters exhibit the earliest traces of human life on the Indian Subcontinent. It is located in the Raisen District of Madhya Pradesh. Some of the shelters were inhabited by Homo erectus over 100,000 years ago. Some of the Stone Age rock paintings found among the Bhimbetka rock shelters are some 30,000 years old. They were declared a World Heritage Site in 2003.

Click Here to View Answer
Answer d) Odisha. Chilka lake in Odisha is the largest water body in Asia, has an area of 916 sq km now. t used to be 1, 165 sq km. It is the largest coastal lagoon in India and the second largest coastal lagoon in the world after The New Caledonian barrier reef in New Caledonia. The lake is home to a number of threatened species of plants and animals. In 1981, Chilika Lake has designated the first Indian wetland of international importance under the Ramsar Convention.

13. The Bharat Ratna is the highest civilian award of the Republic of India. Who among the following is not the first recipients of the Bharat Ratna?
a) C. Rajagopalachari
b) Sarvepalli Radhakrishnan
c) Jawaharlal Nehru
d) C. V. Raman

Click Here to View Answer
Answer a) 1853. Indian Railways is owned and operated by the Government of India through the Ministry of Railways.

15. Who was the first parliamentarian to give a speech in Hindi to the United Nations General Assembly?
a) Atal Bihari Vajpayee
b) Narendra Modi
c) Indira Gandhi
d) Jawaharlal Nehru

17. The longest river of south India is
a) Vaigai
b) Godavari
c) Periyar
d) Cauvery

Click Here to View Answer
Answer b) Godavari. The Godavari is India’s second longest river after the Ganga. It has its source in Triambakeshwar, Maharashtra. In terms of length, catchment area and discharge, the Godavari river is the largest in peninsular India, and had been dubbed as the Dakshina Ganga – the South Ganges river.

Click Here to View Answer
Answer b) Vijayalakshmi Pandit. Vijaya Lakshmi Pandit was an Indian diplomat and politician. She was the first Indian woman to hold a cabinet post in pre-independent India. In 1979, she was appointed the Indian representative to the UN Human Rights Commission, after which she retired from public life. Her writings include The Evolution of India (1958) and The Scope of Happiness: A Personal Memoir (1979).

Click Here to View Answer
Answer c) Delhi. Khari Baoli is a street in Delhi, known for its wholesale grocery and Asia’s largest wholesale spice market selling all kinds of spices, nuts, herbs and food products like rice and tea. Operating since the 17th century, the market is situated near the historic Delhi Red Fort.

Click Here to View Answer
Answer b) Sardar Vallabhai Patel. Patel played a leading role in the country’s struggle for independence and guided its integration into a united, independent nation. He acted as de facto Supreme Commander-in-chief of Indian army during Political integration of India and Indo-Pakistani War of 1947.