What is the Census?

Census is nothing but a process of collecting, compiling, analyzing, evaluating, publishing and disseminating statistical data regarding the population. It covers demographic, social and economic data and are provided as of a particular date.

The 2011 Census is the 15th Census of India and the 7th Census of Independent India. The Census 2011 was started on 1st April 2010 with the then President Smt.Pratibha Patil being the first citizen to be accounted. The cost of the Census was estimated to be 22 Billion Rupees. 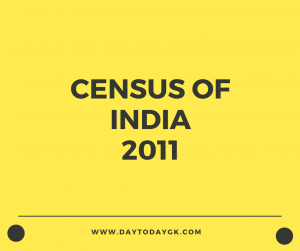