South American Countries Capitals Currencies – South America is the World’s fourth-largest continent – 17,840,000 km² covering approximately 12% of the Earth’s land and 3.5% of the Earth’s surface. The eastern side of the continent is generally lower than the west which contains the Andes mountain range. 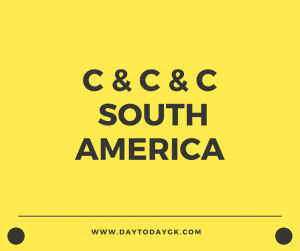