Asian Countries Capitals and Currencies – Complete list of all countries of Asia. Also read some interesting facts about Asia. 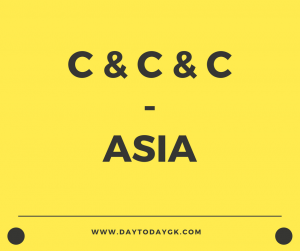 The word ‘Asia‘ originated from an Ancient Greek word ‘Ασία‘, first attributed to Herodotus (about 440 BC) in reference to Anatolia, or for the purposes of describing the Persian Wars, to the Persian Empire, in contrast to Greece and Egypt.

Location: Asia is the world’s largest continent and is traditionally defined as a part of the landmass of Eurasia—with the western portion of Eurasia occupied by Europe. Asia occupies the eastern part of the Eurasian landmass and the adjacent islands and is separated from Europe by the Ural Mountains.

Economy and Currencies: Asia has the second largest nominal GDP of all continents after Europe but the largest when measured in (Purchase Power Parity)PPP. The largest economies in Asia are China, Japan, India, South Korea, and Indonesia. Speaking of currency, there are different kinds of currencies used across Asia.

Languages: Asia is home to several language families and many language isolates. Most Asian countries have more than one language that is natively spoken.

Colonization: Colonization in Asia traces its roots back to the late 15th century with a series of voyages that sought a sea passage to India in the hope of establishing direct spice trade between Europe and Asia. Before 1500, European economies were largely self-sufficient, only supplemented by minor trade with Asia and Africa. Within the next century, however, European and Asian economies were slowly becoming integrated through the rise of new global trade routes.