North American Countries Capitals Currencies – North America is the World’s third-largest continent – 24,474,000 km² covering approximately 16.5% of the Earth’s land and 5% of the Earth’s surface. The eastern side of the continent is generally lower than the west which contains the Rocky mountains. The five Great Lakes lie on the United States Canadian border. 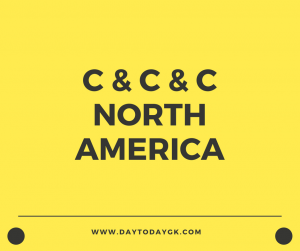