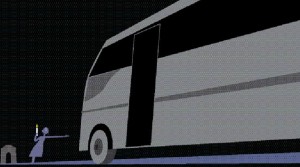 On December 16 three years ago, Delhi’s collective memory was forever scarred (brutally marked) by the brutal gangrape and subsequent (You use subsequent to describe something that happened or existed after the time or event that has just been referred to. ) death of a 23-year-old woman in a moving bus. As a mark of her fearless struggle, the world called her Nirbhaya, so she would never fall into the realm of the mundane (very ordinary). But the statistical reality is that in Delhi, rape is mundane. According to the National Crime Records Bureau, there were 2,096 rape cases in the city in 2014. However, the year recorded a pitiful nine convictions in all cases of crimes against women. While women remain locked up in their homes for fear of their safety, rapists roam free in the capital of the world’s largest democracy.

Not much has changed since December 16, 2012. As we sat down to write this, we received news of a four-year-old child in a critical condition after being raped brutally. She is Nirbhaya. At the Delhi Commission for Women (DCW), we act on trafficking cases almost daily. Every rescued woman carries the burden of having been repeatedly raped and tortured. They are all Nirbhayas. Delhi is stained with blood, tears and the guilt of inaction.

It is difficult to elicit (If you elicit a piece of information, you get it by asking the right questions. ) accountability from Delhi Police. In 2014, of the 11,000 FIRs filed in cases of crimes against women, Delhi Police has filed chargesheets in only 3,500 till now. In addition, of the 4,000 cases received on Delhi Police’s Himmat app, hardly four saw FIRs being filed. A recent RTI application revealed that of the 1.5 lakh complaints received against Delhi Police officials in the past six years, FIRs were registered in only 95 cases. In a letter to the DCW, Delhi Police has stated in its defence — rather unconvincingly — that since 96.7 per cent of rape cases are rapes by acquaintances (those who know or have any relation), its role was “limited” in preventing such crimes. Even the 189th parliamentary standing committee on the home ministry is “not convinced” by this explanation and has placed the responsibility for preventing such crimes on Delhi Police. It is pertinent to point out that a single investigating officer is made to handle more than 250 cases while more than 40 per cent of the total strength of Delhi Police is engaged in VIP protocol duties, training of staff, petty civil issues, etc.

Forensic delays are equally responsible for poor conviction rates. The DCW issued a notice to investigate the status of forensics and found that almost 1,500 samples had expired. It is a bizarre (weired) reality that in the “rape capital of the world” there is only one forensic laboratory. Moreover, Delhi has fast-track courts for rape cases but these suffer from pendencies amounting to over three years. Long pendency is also the result of special courts for child rape or child sexual assault not having been established. These cases are then often tried alongside homicide and other crimes. On the one hand, we have tried to encourage a woman to report rape, but on the other, we make her wait for years in courts to get justice.

The above problems can be traced back to a single overarching (Comprehensive) issue: Delhi’s fractured mandate that prevents the Delhi government from ensuring coordinated decision-making and demanding accountability from Delhi Police. As per Article 239AA of the Constitution, the democratically elected government of Delhi does not have control over Delhi Police, a subject that is otherwise on the state list. Due to this, frequent instances of poor investigation, non-filing of FIRs and insensitivity of personnel cannot be addressed in a timely manner. To facilitate quick decision-making and cooperation between the various agencies responsible for women’s safety and security, the DCW has requested the Union home minister, the political head of Delhi Police, to establish a larger coordination body comprising of himself, the chief minister of Delhi, lieutenant governor, commissioner of police and chairperson of the DCW.

Bureaucratic apathy (lack of interest or enthusiasm) is a major reason for policy inertia (lazy) in the project of making Delhi safer for women. Almost Rs 3,000 crore of the Nirbhaya fund is lying unused, largely due to bureaucratic obstinacy (stubborn). After the December 16 case, it seems but obvious that buses should be made safer for women in the capital. However, the Union ministry of women and child development (WCD), the nodal agency for utilisation of Nirbhaya funds, rejected a proposal to instal CCTV cameras in DTC buses because it was not “gender sensitive”. A special task force on women’s safety, under the aegis of (Something that is done under the aegis of a person or organization is done with their official support and backing) the home ministry, had recognised the importance of these cameras but the Union ministry of WCD rejected the request again on minor procedural grounds.

One of the key recommendations of the Beijing Declaration and Platform for Action was to mainstream the gender perspective, which includes the creation of institutions that are sensitive to violence against women. However, such is not the reality in this city. Right from reporting and investigation of rape, to the fight for chargesheeting and then justice, nothing is female-friendly. There is much scope for systemic reform. The first step is to facilitate dialogue, instead of opposition.

There really is no magic bullet to suddenly make our streets and systems more gender-friendly. It takes sustained political will and a committed polity working in concert with the bureaucracy and civil society. The problems we highlighted above can easily be worked around in light of the emergency rape crisis that is gripping Delhi. Blame games are incredibly costly when it comes to rape. Women pay dearly for every extra day they are made to wait outside the courts and police stations, and for every hour that a file is delayed. India erupted in massive protests after the December 16 case so that no one would have to suffer such a fate again. However, justice in the form of systemic change is yet to be realised. On the third anniversary of this gory incident, on behalf of all Nirbhayas we have visited in police stations, hospitals, shelter homes and courts, we ask for anger and we ask for action.

Jaihind is chairperson and Balaji is consultant, Delhi Commission for Women