HAPPY NEW YEAR FOLKS
WE WELCOME YOU TO THE VERY FIRST MORNING OF 2016. WE ARE GLAD THAT YOU CHOSE US TO SPEND THIS DAY.

IN THE END OF THIS EDITORIAL SOME QUESTIONS ARE WAITING FOR YOU SO READ IT METICULOUSLY.

Indian sports lovers can look back fondly on 2015, with athletes doing the country proud with their achievements across various disciplines.

Tennis star Sania Mirza deserves much praise after winning nine titles this year with her doubles partner Martina Hingis. In cricket, the Indian team reached the semi-finals of the 2015 World Cup. And in hockey, the men’s team won an impressive bronze at the Hockey World League Final.

Indian badminton’s resurgence (If there is a resurgence of an attitude or activity, it reappears and grows) continued this year as more Indian men and women played their way to prominence (If someone or something is in a position of prominence, they are well-known and important) in the world rankings.

But these were the usual headline-grabbers. Several sporting achievements got lost in the din (A din is a very loud and unpleasant noise that lasts for some time). As the year comes to an end, here’s a look at some of the sporting successes that you may have missed.

1. The inspiring show at the Special Olympics 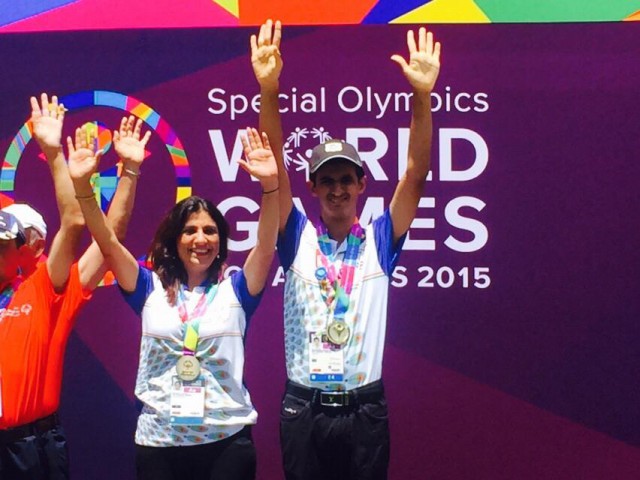 This is a story which invokes (If you invoke something such as a principle, a saying, or a famous person, you refer to them in order to support your argument) pride and admiration in equal measure. At the Special Olympics World Summer Games held in Los Angeles in July, the Indian contingent returned with 173 medals, finishing third after the United States and China.

There were some heart-warming stories that emerged. Ranveer Singh Saini, 14, was diagnosed with autism as a child but overcame his struggles to win gold at one of the golf events.

Then there was Phoolan Devi, an athlete from a charitable home in Delhi, who was abandoned when she was 16. At the Special Olympics, Devi showed indefatigable (tireless) spirit to bag gold at the power-lifting competition and won three bronze medals as well.

2. The Para badminton team’s medal haul at the World Championships 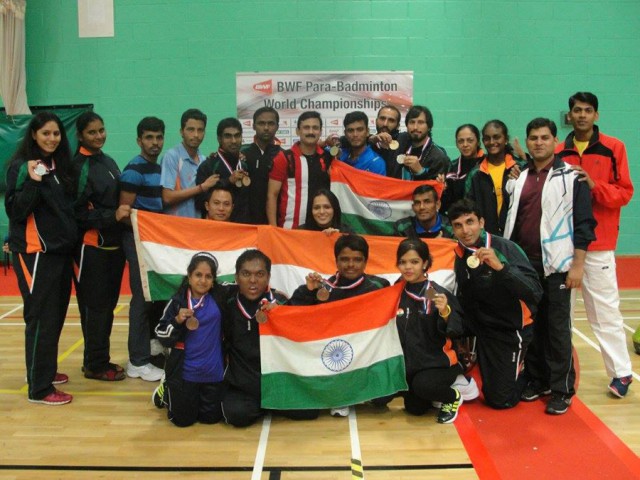 India’s shuttlers returned with an impressive haul (If you haul something which is heavy or difficult to move, you move it using a lot of effort.) of 11 medals at the Para-Badminton World Championships in Stoke Mandeville in England in September. Four of those medals were gold and eight Indian players made it to the finals in various categories. 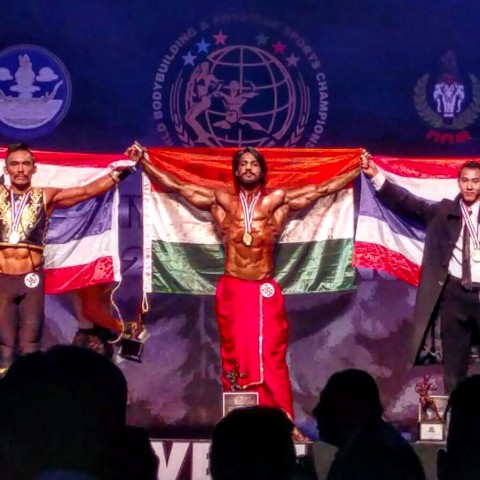 The 2008 economic recession forced Thakur Anoop Singh to quit his career as a pilot. Seven years on, this burly six-footer won gold at the World Bodybuilding Championships in Thailand earlier this month. Also famous for essaying the role of Dhritarashtra in a 2011 television re-telling of the Mahabharata, Singh started participating in fitness events and steadily moved up the ranks. But this year has been his crowning glory. He beat off competition from 47 other bodybuilders from different countries to win the gold and become only the second Indian to win an international bodybuilding event. 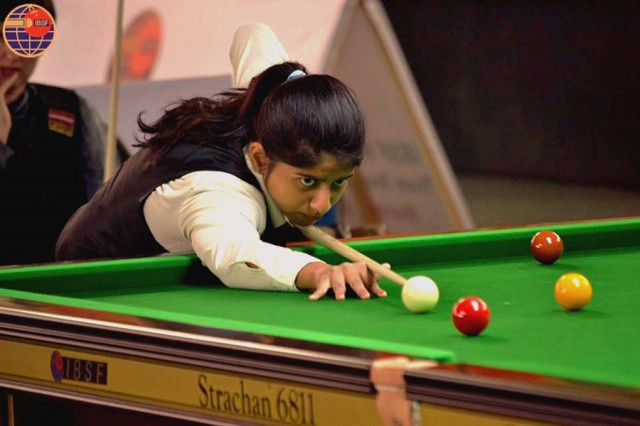 Pankaj Advani scaled new heights in cue sports in 2015, winning his 15th world title. But Advani had other Indian company at the top. The women’s final for the World Billiards Championship held in Adelaide in September was an all-Indian affair. Pune’s Arantxa Sanchis eventually emerged the winner after defeating Bengaluru’s Revanna Umadevi Nagaraj.

This was Sanchis’ second major title after she won gold at a team event at the World Snooker Championship in 2013. It gave Sanchis, who has battled a rare degenerative (A degenerative disease or condition is one that gets worse as time progresses.) eye disorder since childhood, the rare distinction of being the only Indian woman cueist (a billiard player) to win world titles in both snookers and billiards. 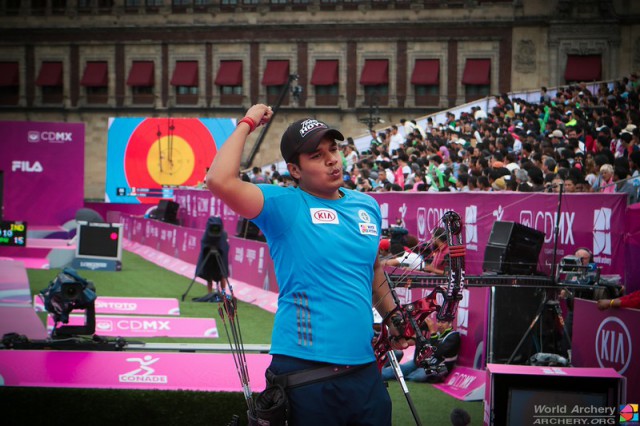 It was a year to remember for Delhi’s Abhishek Verma.  At the third leg of the Archery World Cup in Poland, held on India’s Independence Day, the 26-year-old won gold in the compound individual men’s event. He followed that up with an even bigger achievement in October. At the finals in Mexico, Verma became the first Indian to win a medal at the Archery World Cup finals, finishing runner-up in the same category.

This is the first editorial of A New Year – 2016. We hope it works beautiful for you guys as it did in 2015. We, The D2G team wish you a HAPPY NEW YEAR. Make this year more fruitful than previous one. Chose your resolution – Interpret it and then Execute it. It is very obvious that you will gonna fell but that does not mean this year brings bad luck for you rather think – this year will gonna teach you more lessons – The Life Lesson, that is the most important part of Human’s Life – isn’t it? We at this portal want to tell you that we are always with you. We are beside you in your Bad Time and behind you in your Best Time. We will not forget your love and will return it to you for sure.