GB Meemamsi, the founder executive director of C-DoT (Centre for Development of Telematics), which was India’s premier and once rated as among the best telecom development center in the world, died of a cardiac arrest on December 21. For a person who heralded (Something that heralds a future event or situation is a sign that it is going to happen or appear) India’s first telecom revolution & received a Padma Shri for his contributions to the field of telecom, his passing away was a non-event.

Not surprisingly, though, for that is how the man was – worked quietly, unassumingly (If you describe a person or their behaviour as unassuming, you approve of them because they are quiet and do not try to appear important), was a great mentor and team leader, dirtied his hands with his teams, without getting into the limelight (If someone is in the limelight, a lot of attention is being paid to them, because they are famous or because they have done something very unusual or exciting), really! That job he left to those who wanted more than just the good of the nation, and they shall go unnamed, even though those who have followed telecom as a sector know who I am referring to.

Back to Meemamsi, not many will dispute if I say that in terms of money spent and rewards, C-DoT has easily been the most successful R&D effort that independent India has put in, even more than the successful space program.

For the current generation, when the mobile revolution has changed the way we look at phone connectivity, it may seem odd, but there was a time when people had to wait decades to get a telephone connection. There were two aspects. We did not have our own switches and the foreign switch manufacturers used to milk us (If you say that someone milks something, you mean that they get as much benefit or profit as they can from it, without caring about the effects this has on other people) by selling at costs that were astronomical.

Meemamsi and his team worked on something called a RAX (Rural Automatic Exchange), and that resulted in the first real telecom revolution in the country. RAX was a digital switch, didn’t require an AC environment for operations (all other imported switches needed AC and sanitized (To sanitize an activity or a situation that is unpleasant or unacceptable means to describe it in a way that makes it seem more pleasant or more acceptable) environment) and cost a fraction of what the biggies (People sometimes refer to something or someone successful, well-known, or big as a biggie) then used to sell switches to us for. These biggies included Alcatel, GPT, AT&T.

The cost per line, though I can’t recall the exact cost now, was in tens of thousands. C-DoT’s RAX cost us a fraction of that. This achieved a few things straight away – the biggies panicked and brought down their cost per line significantly, for they could see a huge India opportunity slipping away, we saved a lot of precious foreign exchange, which was a big issue those days, and more importantly, it spawned (If something spawns something else, it causes it to happen or to be created) a new set of Indian manufacturers who doled (benifit) out these small venerable exchanges that resulted in lakhs of PCO (Public Call Offices) come up all over the country. Suddenly, the nation felt connected. Anyone driving around the country could feel the difference. Almost every tea stall also had a phone connected to these RAXs, and they worked. Instead of having to walk to a different village with phones, people could walk to the mushrooming PCOs.

Meemamsi’s role in all this was palpable (You describe something as palpable when it is obvious or intense and easily noticed). He was always grounded and knew what was missing, and most importantly, he was a nationalist to the core. He used to often tell me: “I have a bunch of people who work for me and if they put their heads together, they can do better than anyone in the world.” 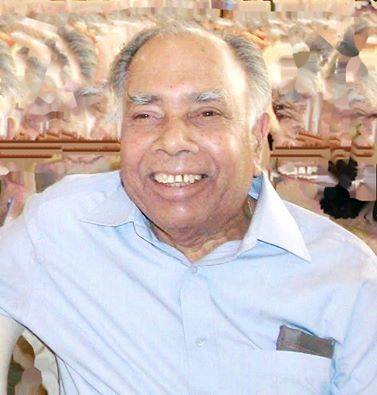 The world acknowledged it. Just as the anecdote (An anecdote is a short, amusing account of something that has happened) mentioned below shows, even AT&T’s Bell Labs did, long before C-DoT came into being. Government used to send Indian engineers to the Bell Labs to get exposure and learn the ropes of telecom R&D. Meemamsi too was sent there. But AT&T sent him back far before his stint ended because “He learnt too soon”. He was seen as a threat. That was AT&T’s stamp of approval to the man’s abilities, competence.

But while the west saw his abilities, our own politicians could not see beyond their own shenanigans (You can use shenanigans to refer to rather dishonest or immoral behaviour, especially when you think it is amusing or interesting). No sooner did C-DoT start making inroads in the national telecom scene, the biggies mentioned earlier pushed the panic button. Here was a nation that had a HUGE potential slipping away from their hands. And they knew how to handle that – approach the all powerful politicians who call the shots. And that is what they did.

A committee was set up with the intent of discrediting C-DoT. Some atrocious (If you describe something as atrocious, you are emphasizing that its quality is very bad) and bizarre charges were made against its functioning, but those in the know understood what it was all about. This was a cover-up for killing the organsiation and its redoubtable abilities at the behest (If something is done at someone’s behest, it is done because they have ordered or requested it) of those who could see a huge opportunity slipping away. Sad that our politicians played ball.

But Meemamsi was not to give up. He received offers from almost every biggie in the world, offering salaries that would be more than what he had earned his entire career. But he would turn them all down. He kept working for C-DoT for free, sometimes swallowing humiliation from management that felt his association was not accepted by the political bosses and their benefactors in the west. But he soldiered on.

Just another anecdote to show how right he was. He had built a lovely house in Noida and when he wanted to move back to Bengaluru, he wanted to sell it. The house was easily worth over a crore, but he was adamant (If someone is adamant about something, they are determined not to change their mind about it) – no black component and the entire deal in cheque. He finally sold the house for a fraction of what its market value was, and then used that amount to buy a small flat in a society on the outskirts (The outskirts of a city or town are the parts of it that are farthest away from its centre) of Bengaluru.

Death is inevitable, but there are some who leave an indelible (If you say that something leaves an indelible impression, you mean that it is very unlikely to be forgotten) mark on several people, indeed the nation, when they pass away. Meemamsi was in that league.

with these FLASH CARDS…

What is the meaning of SANITIZED?

What is the meaning of ADAMANT?


Click here to View Answer
If someone is adamant about something, they are determined not to change their mind about it.

What is the meaning of DOLED?


Click here to View Answer
The dole or dole is money that is given regularly by the government to people who are unemployed. (BRIT; in AM, usually use welfare)
= benefit

What is the meaning of PALPABLE?


Click here to View Answer
You describe something as palpable when it is obvious or intense and easily noticed.

On the request of our Readers we bring this INITIATIVE. Help us to Make this Platform more Useful for YOU. Make D2G a biggest Knowledge Hub on Internet. Share your Views/ Comments/ Compliments below in comment Box.