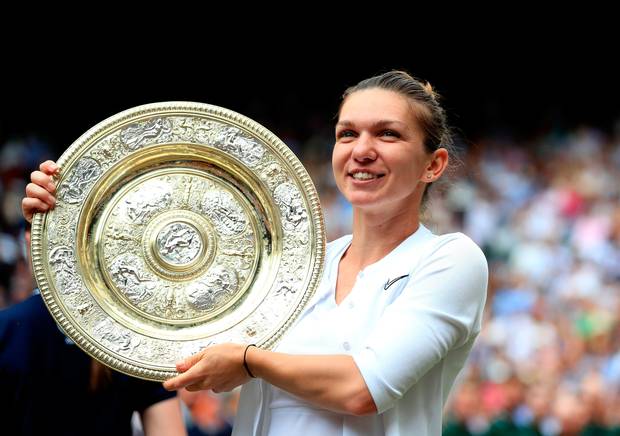 Simona Halep won her first Wimbledon title after she eased past Serena Williams 6-2 6-2 on centre court. The Romania tennis star eased past the American in 55 minutes to deny Williams a record-equalling 24th Grand Slam. This was Halep’s second ever Grand Slam title having only previously won the French Open back in 2018. Williams was looking to equal Margaret Court but she was never allowed a foothold in this final.

Halep appeared relaxed and ready before this final as she stood smiling outside of the locker room. With a double break, she led 4-0 inside 11 minutes. The Romanian could not be stopped in the first set. She took it 6-2 in 26 minutes. It was at the 2005 Australian Open the last time Williams came from behind to win a Grand Slam final.

Halep withstood the barrage at the start of the second set then broke Williams when the American fired the simplest of forehands at the net long. Halep made it a double, leaving her to serve out the set. In fitting with the theme of the match, she made no mistakes.

Halep was the Wimbledon champion, and Williams will remain on 23 Grand Slams.