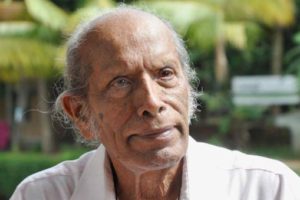 Well known cartoonist VT Thomas, the creator of ‘Boban and Molly‘, has passed away at the age of 86. VT Thomas, better known as Toms for the Malayali population. ‘Bobanum Moliyum’ cartoon series was first published in Malayala Manorama weekly in the late 1950s, following which he worked with Manorama for nearly three decades, before retiring in 1987.

Boban and Moly, the naughty next-door siblings from his neighborhood in Kuttanad and their dog became Toms’ central characters, and went on to entertain thousands of readers. Thought provoking and humorous, the cartoon series became a household name in Kerala, which was later made into an animation series.