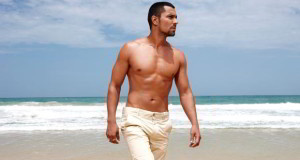 Bollywood actor Randeep Hooda was felicitatedby Melbourne based South Asian community members in Australia. The members of a non profit organization South Asian Public Affairs Council (SAPAC) honoured the visiting actor with an achievement award for making his mark in the film industry. Receiving the award, Hooda said he got his first break in the Bollywood industry because of his Australian accent. The actor who made his debut as an NRI from Australiain Mira Nair’s film ‘Monsoon Wedding’ in 2001, said he was very happy to be back in the country after 15 years.

A local councilor Oscar Yildiz also offered Hooda to become an ambassador of ‘Bully Zero Australia’ which the actor accepted. At the event,Hooda also formally launched a non profit organisation ‘Nobody Dies Hungry’ founded by an Australian Indian Aloke Kumar.

Presenting the award to the actor,Parliamentary Secretary for tourism, major events and regional Victoria, Danielle Green, said “Indians were thefastest growing community in the state and were settling very well.”