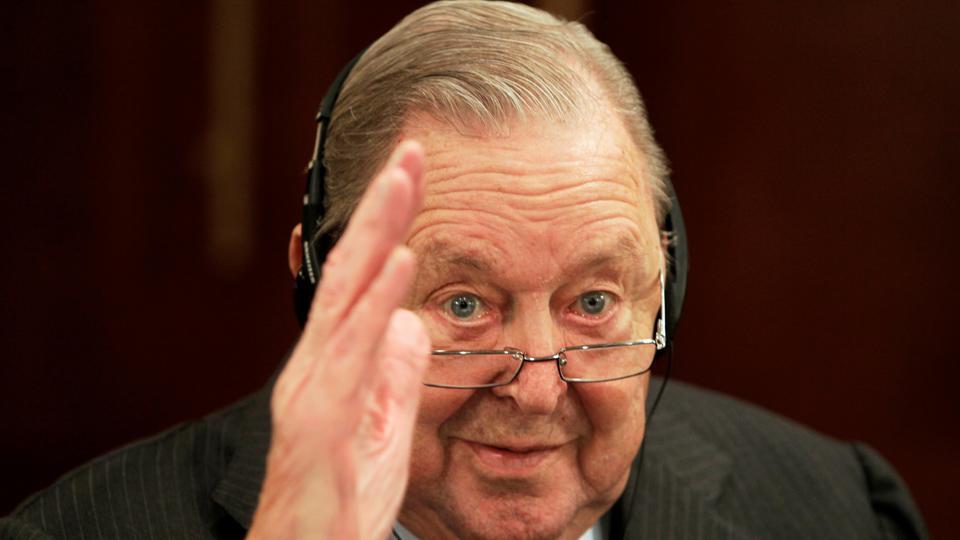 Lennart Johansson, who oversaw the introduction of the Champions League during a 17-year reign as president of European football’s governing body, has died. He was 89. The Swedish Football Association said the former Uefa president died after a short illness.

Johansson was elected to lead Uefa from 1990 to 2007 when he was beaten in the presidential election by Michel Platini. Johansson also served as vice president of Fifa but lost a divisive contest for the presidency to Sepp Blatter in 1998. Blatter rejected allegations of vote-buying, and the two never saw eye to eye after that.

Uefa was also transformed under Johansson’s rule, from an administrative body into a commercial enterprise managing Europe’s top club and national team competitions. Its headquarters moved from a suburb of the Swiss capital, Bern, to a waterfront facility in Nyon, by Lake Geneva. Johansson was named honorary president of Uefa after losing the presidency to Platini in 2007.

Born in Stockholm, Johansson always remained loyal to the city’s biggest club, AIK, which he chaired between 1967 and 1980. He rose through the ranks of the Swedish Football Association and served as its president before becoming Uefa president in 1990. He brought the European Championship to Sweden in 1992, and the Swedish league trophy was named after him in 2001.