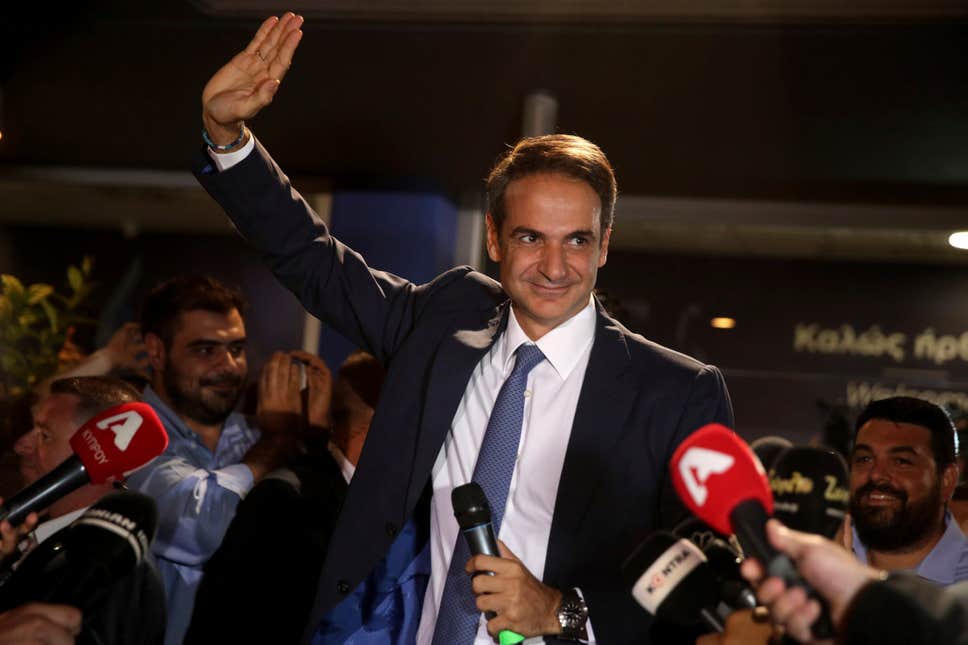 Greece’s new conservative Prime Minister Kyriakos Mitsotakis was sworn in after a sweeping election victory; He rode to power on the promise of ending a decade of economic crisis his country has been battling. Greece’s new centre-right Prime Minister Kyriakos Mitsotakis has vowed the country will “proudly raise its head again” after winning a landslide victory.

New Democracy’s Mitsotakis added he would not fail to “honour the hopes” of the Greek people. The win comes four years after Alexis Tsipras’s leftist Syriza party swept to power promising an end to austerity. Tsipras’s Syriza was in second place with 31.53%, according to official figures released after almost all districts returned their results.