Forest covers of a geographical area include all lands having a tree density of 10 per cent and more and have a minimum area of one hectare. 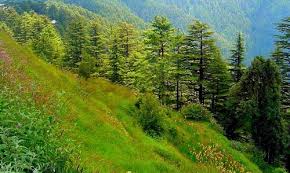 India is one of the ten most forest-rich countries of the world along with the Russian Federation, Brazil, Canada, United States of America, China, the Democratic Republic of the Congo, Australia, Indonesia and Sudan. Together, India and these countries account for 67 percent of the total forest area of the world. 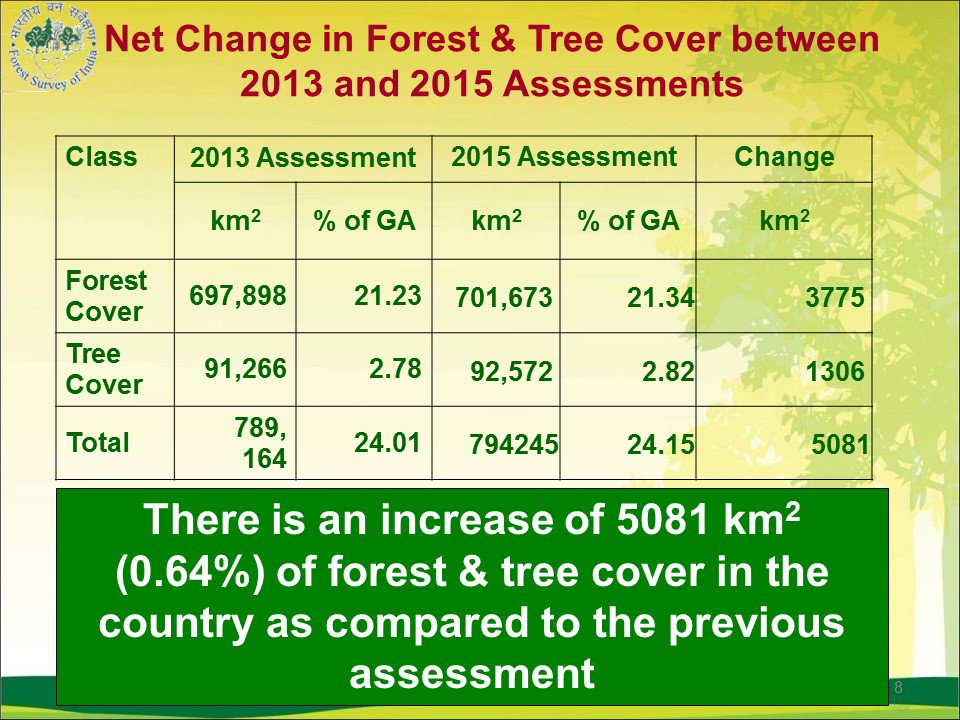 The key facts of the report are as follows: 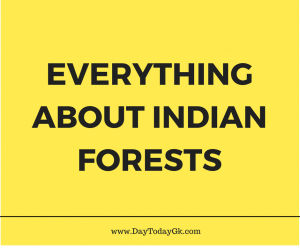 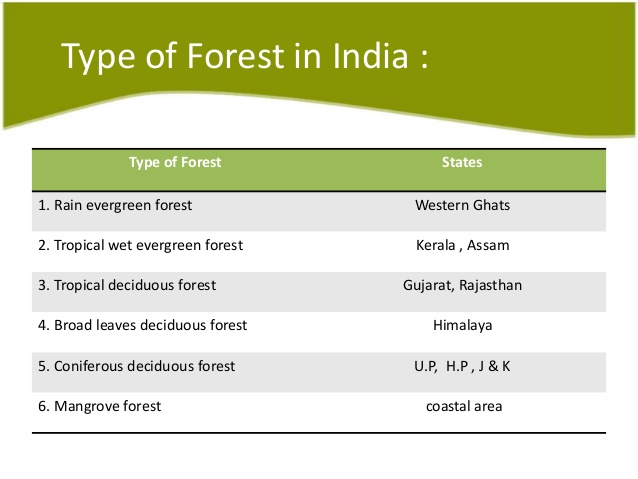