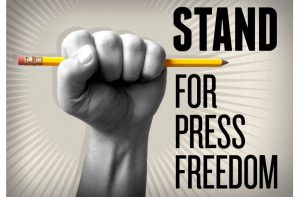 The Reporters Without Borders (RSF) released the World Press Freedom Index 2019, reflecting growing animosity towards journalists. India’s rank in the World Press Freedom Index 2019 dropped down to 140th from 138th in 2018, two points below the previous year. This year, the index has been topped by Norway again for the third year, followed by Finland and Sweden at second and third positions, respectively.

As per the Index, one of the most striking features of the current state of press freedom in India is violence against journalists including police violence, attacks by Maoist fighters, criminal groups and corrupt politicians. At least six Indian journalists were killed on duty in 2018.

The year 2018 witnessed a surge in attacks against journalists by supporters of Prime Minister Narendra Modi in the run-up to Indian General Elections 2019. The previous year also witnessed the emergence of #MeToo movement in India that exposed many cases of sexual harassment to which women reporters have been subjected.

The media coverage in the sensitive regions like Kashmir continues to be very difficult. Even the entry of foreign reporters is prohibited in Kashmir and the Internet is often disconnected there.