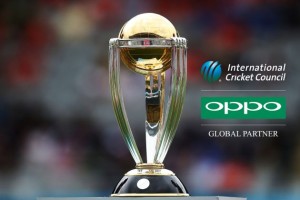 The International Cricket Council (ICC) has announced an exciting new global partnership with Oppo, a leading mobile telephone device companies, on a four-year deal which runs from 2016 until 2020. Launched in China in 2004, Oppo has a strong presence in more than 20 countries, including Australia, China, USA and right across Africa, Europe, the Middle East, South Asia and Southeast Asia.

Commenting on the new partnership, ICC Chief Executive David Richardson said: “The ICC is delighted to welcome Oppo on board as a Global Partner. Oppo is one of the market leaders in its field with an impressive worldwide presence, especially in territories where the game of cricket continues to grow and, in a lot of cases, flourish.“