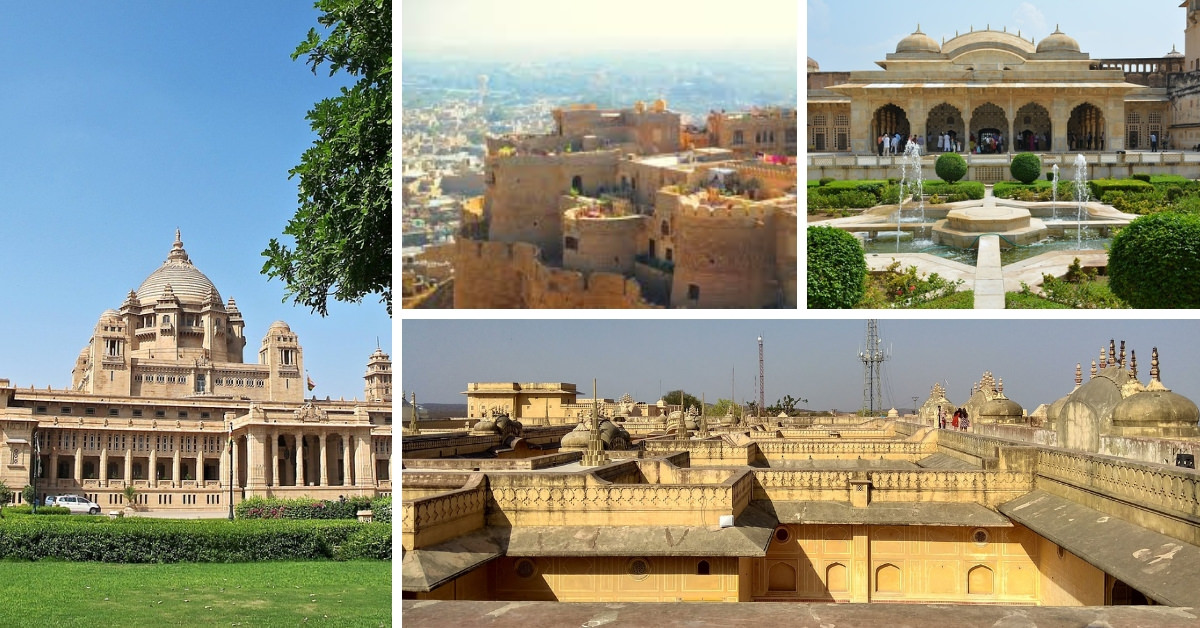 Facts about Rajasthan – Rajasthan is the largest state of India as per Census 2011. A major portion of the state is covered with the Thar Desert which is also known as The Great Indian Desert. It is a land of sand dunes, desert and rocks. Jaipur is its Capital City. Jaipur is also the largest city of the state. Jaipur is also known as the “Pink City”. The State of Rajasthan is a land of wonderful palaces, forts, colours and festivals. Some important facts about the State of Rajasthan are mentioned below:

The state “Rajasthan” is also known as “The Land of Kings”. It was created on 30th March 1949. It is surrounded by Gujarat, Madhya Pradesh, Uttar Pradesh, Haryana and Punjab. 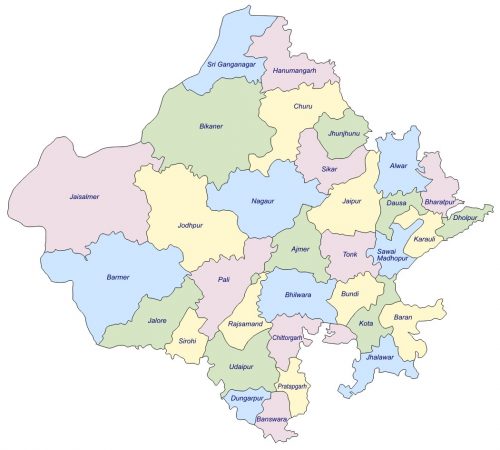 The history of Rajasthan dates back to the pre-historic times. Around 3,000 and 1,000 BC, it had a culture akin to that of the Indus culture valley civilisation. The Chauhans who dominated Rajput’s affairs from the seventh century and by the 12th century they had become an imperial power. After the Chauhans, it was the Guhilots of Mewar who controlled the destiny of the warring tribes. Besides Mewar, the other historically prominent states were Marwar, Jaipur, Bundi, Kota, Bharatpur and Alwar. Other states were only offshoots of these. All these states accepted the British Treaty of Subordinate Alliance in 1818 protecting the interest of the princess. This naturally left the people discontented.

After the revolt of 1857, the people united themselves under the leadership of Mahatma Gandhi to contribute to the freedom movement. With the introduction of provincial autonomy in 1935 in British India, an agitation for civil liberties and political rights became stronger in Rajasthan. By 1949, Major states like Bikaner, Jaipur, Jodhpur and Jaisalmer joined this Union making it the United State of Greater Rajasthan. Ultimately in 1958, the present State of Rajasthan formally came into being, with Ajmer state, the Abu Road Taluka and Sunel Tappa joining it. 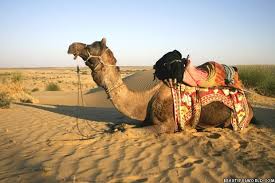 The Great Indian Desert Thar lies mostly in the Royal Rajasthan states of India and extended into some portion of Haryana, Punjab and Rann of Kutch in Gujrat. Thar desert covers eastern Sindh province and some area of Pakistan Punjab as well. The maximum area is covered in Rajasthan, India and total covers area is 208,110 km. It is said to be “The Great Indian Desert” is extending towards UP and MP as well. A camel safari into the Thar desert is an experience not to be missed for tourist. Best time to visit The Great Indian Desert is between Oct to March. The Desert National Park, Jaisalmer has a collection of fossils of animals and plants of 180 million years old. Some fossils of Dinosaurs of 6 million years old have also been found in the area

The Camel also knew as “Ship of the desert” is the best way to explore The Great Indian Desert. An evening of the state of maharajas, Rajasthan is most beautiful with an awesome scenic view. The people of Thar have a great passion for music and poetry. people get together to play soft music and dance. This event continues to till late nights. Thar peoples travel miles of distance to get one potter of water. Woman’s of Thar Desert love to wear beautiful jewellery. Rajasthan desert festival is held once a year during winters. Camels play a very important role in the desert life as well as in the Desert Festival, Rajasthan folk and rich culture can be seen in this festival.

The “City of Lakes”, the “Venice of the East”, – Udaipur is known by several names. It is also known as the “Kashmir of Rajasthan”. Udaipur is regarded as one of the most romantic cities of the World. Places to visit in the city are Pichola Lake, Fateh Sagar Lake, Jaisamand Lake, Udaisagar Lake, Lake Palace, City Palace, Sajjangarh Fort, Ranakpur Jain Temple, Ekling Ji Temple, Nathdwara Shri Nath Ji Temple, Jagmandir, Rishabhdeo Temple, Shilpgram etc.

Mount Abu is the most famous “hill station” in India. It is in Sirohi district. Places to visit in the city are Nakki Lake, Delwara Jain Temples, Brahma Kumaris Spiritual University and Museum, Achalgarh Fort etc.

Kota lies along the banks of the Chambal river. The commanding fort stands to overlook the modern Chambal Valley Project with its many dams – Kota Barrage, Gandhi Sagar, Rana Pratap Sagar and Jawahar Sagar. Other noteworthy edifices of the bygone era are the Brij Raj Bhawan Palace, Jag Mandir-and island Palace, a splendid haveli (mansion) with beautiful frescoes and the royal cenotaphs. It also famous as an educational city in India because of so many educational institutes and training centres.

Jodhpur is known as the “Sun City” because of its bright and sunny weather throughout the year. It is divided into two parts – the old city and the new city. Jodhpur city has many beautiful palaces and forts such as Mehrangarh Fort, Jaswant Thada, Umaid Bhavan Palace and Rai ka Bag Palace. Other charms of Jodhpur include Government museum and it’s a beautiful Umed garden.

Jhalawar, also known as Patan or Jhalrapatan. It was the centre of trade for the eponymous princely state, the chief exports of the which were opium, oil-seeds and cotton. Places to visit in the city are Jhalawar Fort, Government Museum, Bhawani Natya Shala, Ren Basera, Gagron Fort, Atishay Jain Temple at Chandkheri etc.

Jaisalmer is also called the Golden city of India because the yellow and gives a yellowish-golden touch to the city and its surrounding area. It means “the Hill Fort of Jaisal”.The Jaisalmer city is known for its old mansions, better known as Havelis. Places to visit in the city are Jaisalmer Fort, Camel Safari, Desert National Park, Pokran, Desert Cultural Center, Patwon ki Haveli etc. To come to Jaisalmer and enjoy the traditional rhetoric of ‘padharomahare desh’ (welcome to our lands).

Jaipur is also popularly known as the “Pink City”, is the capital of the state. The Amber Fort, Jantar Mantar – the observatory, Hawa Mahal, Sisodia Rani Ka Bagh, the City Palace, Albert Hall, the Jal Mahal, the Amer Fort, B M Birla Planetarium, Galtaji, the Laxmi Narayan Temple, are some of the architectural splendours of Jaipur. Tourists stack their bags with wonderful Jaipuri textiles and artefacts as well.

Bikaner houses the celebrated Deshnokh Temple, the abode of the sacred white mouse, that ushers good fortune. It is dotted with relics of the glorious yesteryears and is also the seat of several holy shrines. The Junagarh Fort, the Raj Ratan Bihari and Rasik Shiromani Temple, the Laxminath Temple, the Bhandasar Jain Temple and the Ganga Golden Jubilee Museum, are among the famed tourist destinations.

Ajmer is most famous for Khwaja Mu’in-ud-Din Chisti Dargah. Other places are Adhai Din Ka Jhonpra, Lake Foy Sagar, Mayo College, Ana Sagar Lake, etc. Pushkar – Located at a distance of 14 kilometres from Ajmer, draws tourists in hordes during the famous Pushkar Fair. The Brahma Temple is yet another tourist haunt of Pushkar.