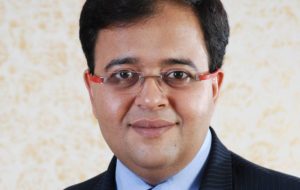 Facebook India has named Umang Bedi as its managing director. He will take over from Kirthiga Reddy, who will be returning to the US to take on a new role at the company’s Menlo Park headquarters. Bedi has close to two decades of leadership experience covering sales, marketing and partnerships with multinational companies.

Prior to joining Facebook, he was the managing director, South Asia, at Adobe Inc. He was responsible for making India one of Adobe’s leading markets. Facebook works with more than 85% of the top 100 advertisers in India identified by market research company Kantar. All of them use video within their Facebook campaigns in India.

An engineering graduate from the University of Pune, Bedi is also an alumnus of Harvard Business School and the recipient of the prestigious ‘40 Under Forty: India’s Hottest Business Leaders Award 2014’ given by The Economic Times and Chicago-based global executive search and leadership consulting firm Spencer Stuart in 2014.

Reddy is set to join the Global Accounts team at Menlo Park, California, where she will manage a set of global brands and also lead the emerging markets efforts globally for the Global Accounts team, which manages Facebook’s relationships with the world’s largest global advertisers. Bedi will officially start at Facebook in July while Reddy will take up her new role in August.