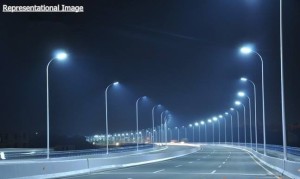 After successful installation of LED streetlights in Jodhpur, Aligarh, Varanasi etc. Eon Electric Limited (EEL) – one of the leaders in manufacturing a wide range of energy-efficient LED Lighting products – has reached another milestone by bagging a further contract worth around Rs.40 crore for installing LED streetlights in Rajasthan.