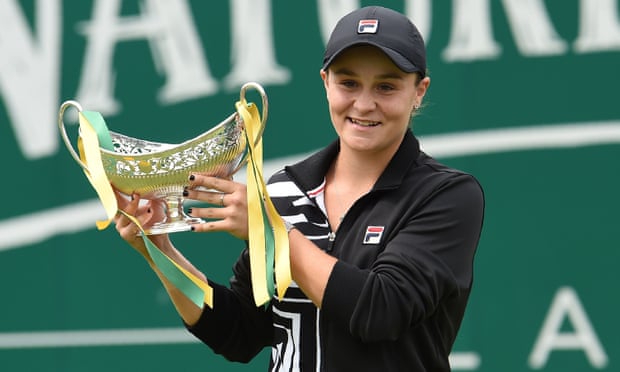 Ashleigh Barty will become the first Australian woman in 43 years to reach the top of the singles rankings after she won the Birmingham Classic grass court title. The 23-year-old beat the German Julia Görges 6-3, 7-5 in the final.

Barty, the French Open champion, actually gave up tennis in late 2014 and played Big Bash cricket for Brisbane Heat before returning to the sport in 2016. The last Australian woman to reach the No 1 ranking was Evonne Goolagong in 1976, although it only came to light 31 years later after the discovery of an error in the records.

The 23-year-old Queenslander won her 12th straight match and her sixth career WTA singles title. It was her third title of the season, including her breakthrough Grand Slam victory at the French Open victory.