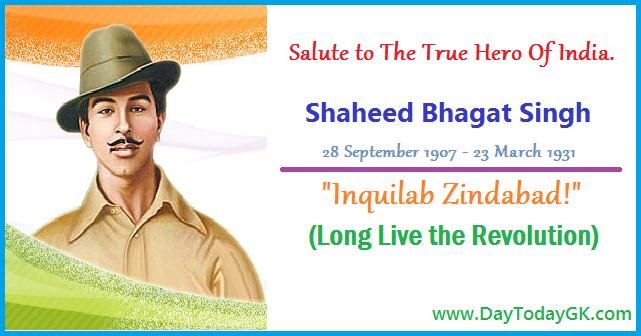 Born on 28th September 1907 to a Sandhu Jat faimly to Kishan Singh and Vidyavati. His faimly was an active member during Independence and his birth coincided with the release from jail of his father and two uncles. Unlike many Sikhs of his age, Singh did not attend the Khalsa High School in Lahore. Hes tudied in Arya Samaj School,  Dayanand Anglo-Vedic High School.

His Parents propelled him for an arrange marriage and to avoid it Singh ran away to kanpur (Cawnpore) in which he wrote:

My life has been dedicated to the noblest cause, that of the freedom of the country. Therefore, there is no rest or worldly desire that can lure me now.

he said, “When your last days come, you will begin to believe.” I said, “No, dear sir, Never shall it happen. I consider it to be an act of degradation and demoralisation. For such petty selfish motives, I shall never pray.” Reader and friends, is it vanity? If it is, I stand for it.