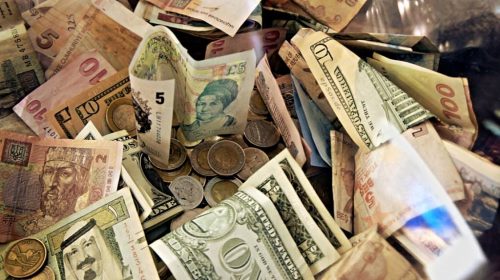 Hard Currency is the international currency in which the highest faith is shown and is needed by every economy.You can say it is basically the strongest currency of the world, which has the highest level of liquidity.

Basically, the economy with the highest and highly diversifies exports, that are compulsive imports for other countries, which will also create high demand for its currency in the world and become the Hard Currency. it is always scarce.

US Dollar, The Euro, Japanese Yen, and the UK Pound Sterling.

Soft currency you can say is just the opposite of Hard currency. It is the currency that is easily available in any economy in its Forex market.

For example, Indian Rupee is the Soft currency in the Indian Forex market.

For example, in the case of SE Asian crisis, the US Dollar become hot.

This term is used to denote the domestic currency which is under pressure (heat) of depreciation due to a hard currency’s high tendency of exiting the economy. Also known as currency under heat or under hammering.

This is nothing but just opposite of Cheap money. In this, the government issues bonds, the flow money increases from public to the government, supply of money in the market decreases, and hence the money become dear to the people, that’s why it is called, Dear Money or Dear currency.