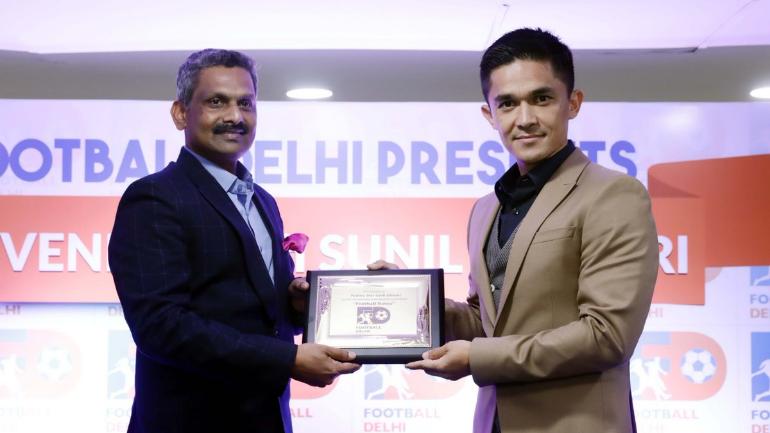 Sunil Chhetri, the all-time leading scorer for India in international football, has been conferred the first ever Football Ratna honour by Football Delhi, the association governing the sport in the city. Football Delhi president Shaji Prabhakaran, himself a former player of repute and administrator at the All India Football Federation and FIFA, presented the award to Chhetri.

On the occasion, Football Delhi also honoured Shubham Sarangi, youth player from Delhi who is currently with the Delhi Dynamos squad for ISL. Shubham was part of AIFF Youth Academy since the age of 12 and represented India in U-14 and U-17 youth national teams.