Diverse culture of India has the treasure of a variety of folk and tribal dances in regions across the country. Indian folk dances are practice in the rural areas and performed during the religious or seasonal festivals. Some of the most popular folk dances performed across the Indian villages and cities are Bhangra, Rouff, Garba, Kalbelia,Lavani,Chhau, Bihu and Raut Nacha. 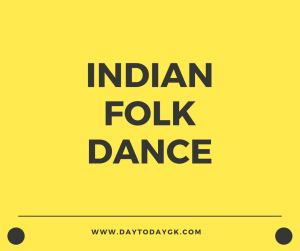 The different categories of Indian folk dances are listed below: