It is very important to know about the Classical dances of India. Questions from this topic have appeared in many competitive exams in General Awareness Category. 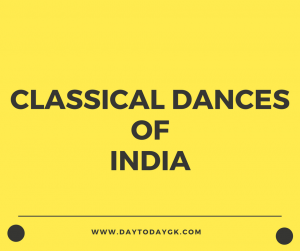 Some Interesting Facts of Classical Dances: