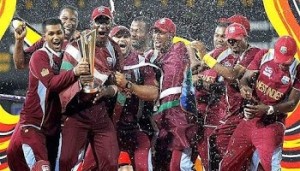 snatch a sensational four-wicket win in World Twenty20 final as the Caribbean side became the first team to win the title twice. Needing 19 off the last over sent down by Stokes, Brathwaite exhibited nerves of steel to complete the chase in stunning style and trigger wild celebrations among his jubilant teammates who invaded the Eden Gardens pitch.