This magnificent piece of note is submitted by one of DaytodayGK’s readers MYSTERY GIRL. Please read it carefully and don’t forget to thank her.

Let us take an example of NRI Mr. Raj koothrappali (sorry can’t think up of any other name 😛 ) suppose that he is facing two situations :

Different problems have different solutions, so there are different account to deal with the above problems. 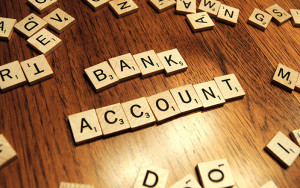 NRE account is chosen when you want to park your overseas earnings remitted to India converted to Indian Rupees.

So, in conclusion, NRE account is chosen when you want to park your overseas earnings remitted to India converted to Indian Rupees. And NRO account is choosen when want to park India based earnings in Rupees in India, or  you want account to deposit income earned  in India such as rent, dividends etc. Both the accounts are maintained in Indian rupees. But if you want to maintain your account in foreign currency you need another type pf account ie. FCNR account.

People opening NRE accounts and would like to repatriate their funds at some point must consider the foreign currency conversion rates at the time the funds are being deposited versus the time when the funds have to be repatriated. This can carry risks as well as rewards depending on the forex rates trend. For example, if $1000 is converted to Indian rupees at Rs. 50 per dollar(=50000RS) and then converted back to dollars at a conversion rate of Rs. 40 per dollar(50000/40=1250$), then you would get back $250 for a good gain. On the other hand, if the dollar is at Rs. 55 per dollar(50000/55=909), you would lose some of your principal when you do the repatriation

IF YOU GUYS HAVE ANY THING THAT YOU WANT TO SHARE WITH US. PLEASE SEND IT TO
rahulday2daygk@gmail.com
We will cover your story under your name.