Energy and gas have great influence on the economics of a nation as lot as industry depends upon fuel. Industry is the backbone of any country. So, if country has proper fuel resources, then growth is sure. By keeping this kind of thinking in mind Prime Minister Narendra Modi launched one of such scheme during his visit to his Lok Sabha constituency Varanasi. The project named “Urja Ganga” gas pipeline project which was launched on 24th October 2016. 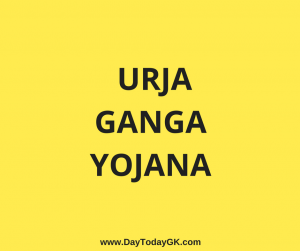 Urja Ganga is one of the most ambitious projects of  Narendra Modi Government. Urja Ganga project is a gas pipeline project for the distribution of cooking gas to residents of the city of Varanasi.

Highlights of the scheme: