After independence the Government of India (GOI) adopted planned economic development for the country. Accordingly, five year plans came into existence since 1951. However, commercial banks were in the private sector those days. In 1950-51 there were 430 commercial banks. 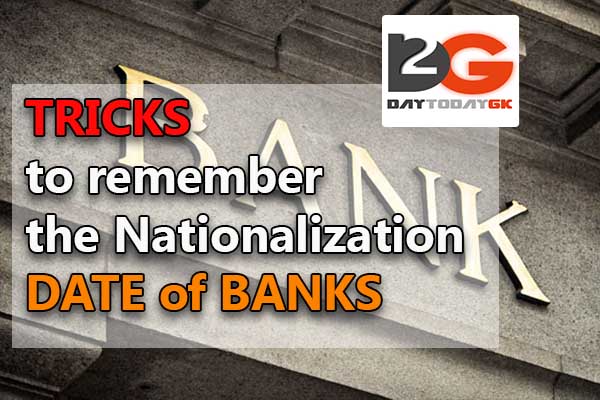 Though the nationalisation of commercial banks was undertaken with tall objectives, in many senses it failed in attaining them. In fact it converted many of the banking institutions in the loss making entities. The reasons were obvious lethargic working, lack of accountability, lack of profit motive, political interference, etc. Under this backdrop it is necessary to have a critical look to the whole process of nationalisation in the period after bank nationalisation.

Tricks to remember the Nationalization DATE of BANKS.

Trick :  a PUNJABI boy of name VIJAYA is studying COMMERCE in a CORPORATE college of ANDHARA PARDESH

Thanks to RAJ KUMAR (Odisha) to share this TRICK with us.