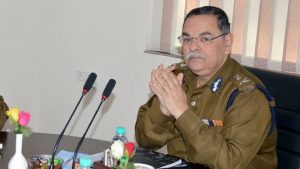 Newly-appointed CBI chief Rishi Kumar Shukla took charge of the probe agency. Shukla, a 1983-batch IPS officer, took charge at a time when the agency is busy in a dirty turf war with the Kolkata Police which has spiralled into a political slugfest between the Centre and West Bengal government.

The arrival of 58-year old Shukla, a former DGP of Madhya Pradesh and an Intelligence Bureau veteran, as a full- fledged director is likely to bring some sort of order in the agency that has moved the Supreme Court to challenge the action of West Bengal government in ponzi scam cases.