A battle in the same vein: On manifestos announced by TN parties 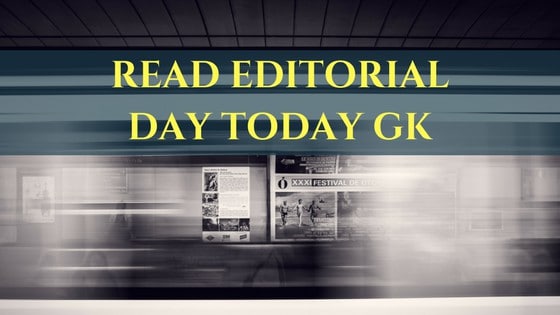 Tamil Nadu, which has seen tumultuous ( very noisy, because people are excited ) political changes in the last five years, is set for one more round of a familiar battle in the Assembly election on April 6. Its two principal parties, the DMK and the ruling AIADMK, have stitched up pre-poll alliances and taken the lion’s share of the 234 seats to be contested. Both parties have, by and large, retained ( to keep or continue to have something; not to lose ) their allies ( a person who helps and supports you, especially when other people are against you ) of the 2019 Lok Sabha election.

While the Congress, which appears to be enthused by the visits of its leader Rahul Gandhi to the State, occupies ( to fill a space or period of time ) the second slot in the DMK-led alliance with 25 seats, its national-level adversary ( an enemy, or an opponent in a competition ), the BJP, after aggressive ( ready or likely to fight or argue ) posturing, has had to be content with the 20 seats allotted to it in the AIADMK-led coalition.

As this is the first Assembly election after the passing of Jayalalithaa and M. Karunanidhi, the AIADMK, in power for the last 10 years, and the DMK, both shorn ( cut down ) of charismatic leaders, have thrown in offers of an unusually large number of freebies ( a thing that is provided or given free of charge ).

The DMK, apart from making, in the run-up to its manifesto ( a public declaration of policy and aims, especially one issued before an election by a political party or candidate ) release, an offer of ₹1,000 a month to the woman-head of every family, has promised ₹4,000 to each pandemic-hit ration cardholder (around two crores totally); a subsidy of ₹100 per cooking gas cylinder and a reduction in petrol and diesel prices.

The AIADMK’s assurances ( a positive declaration intended to give confidence; a promise ) include ₹1,500 a month to the woman-head of each family, six cooking gas cylinders annually, a washing machine and solar-powered cook stove and a 50% subsidy ( a sum of money granted to support an undertaking held to be in the public interest ) in city bus fares for women.

It is debatable ( open to discussion or argument ) how these promises will be kept as the State’s fiscal indicators, according to the Fifteenth Finance Commission’s report, have plunged ( jump or dive quickly and energetically ), from 2012-13 to 2018-19. The parties and their allies should concentrate on substantive ( having a firm basis in reality and so important, meaningful, or considerable ) issues such as public health.

The Commission has pointed out that the prevalence ( the fact or condition of being prevalent; commonness ) of anaemia among women and children is 55% and 50.7%, against the national average of 53.1% and 58.6%. Neither party has addressed such issues satisfactorily in their manifestos.

There are other parties such as the MNM, led by veteran actor Kamal Haasan, the AMMK of T.T.V. Dhinakaran and the NTK of actor-director Seeman. Heterogenous ( consisting of different kinds of people or things ) in character, the first two are apparently positioning themselves as serious contenders ( a person who may win a competition ), with the NTK seeking to don the role of a neo-Tamil nationalist party.

Opinion polls point to the likelihood of the DMK-led front securing a comfortable majority, while the ruling party is trying to play catch-up using the governance track record of CM Edappadi K. Palaniswami. As of now, the campaign has been devoid ( not having a particular quality; without something ) of personal attacks.

But, it would take a lot more doing on the part of the principal players to keep at bay ( a part of a building, an aircraft or area which has a particular purpose ) forces thriving ( to grow or develop well ) on parochialism ( a limited or narrow outlook, especially focused on a local area; narrow-mindedness ), divisive ( tending to cause disagreement or hostility between people ) politics and hate culture.