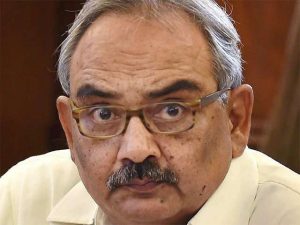 Rajiv Mehrishi, the Comptroller and Auditor General (CAG) of India, will be the External Auditor of the World Health Organisation (WHO) for a four-year term from 2020 to 2023.

The election was held at the seventy-second World Health Assembly in Geneva on May 23, 2019, where the CAG of India was elected with a majority (90 out of 162 votes) in the first round of voting itself. Apart from India, others competing for the position were the Auditors General of Congo, France, Ghana, Tunisia and the United Kingdom of Great Britain and Northern Ireland.

Mehrishi will take over from the incumbent External Auditor of WHO, the Supreme Audit Institution of the Philippines. This is the second major international audit assignment for the CAG this year, following his selection for the post of External Auditor of the Food and Agriculture Organization in Rome in March 2019.

The CAG of India is currently also on the Board of Auditors of the United Nations and Vice-Chair of the UN Panel of External Auditors.