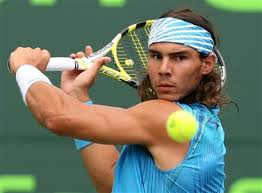 Rafael Nadal has won a record 34th ATP Masters 1000 title with a victory over Novak Djokovic in the Italian Open final. The Spaniard, who had shared the record of 33 Masters titles with the Serbian world number one, warmed up for the defence of his French Open crown by securing his ninth Rome title. After losing in the semifinals of three straight clay-court tournaments, Nadal dominated for stretches against his longtime rival Djokovic in a 6-0, 4-6, 6-1 win for a record-extending ninth Italian Open title.

Top-ranked Djokovic, meanwhile, appeared exhausted after spending more than five and a half hours on court against Juan Martin del Potro and Diego Schwartzman the previous two days. Djokovic was also coming off the Madrid Open title last week.