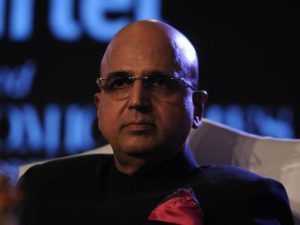 Raghavan Seetharaman, Qatar-based Indian banker, was awarded the Green Economy Visionary award. Seetharaman was honoured for his contribution in environment-friendly activities and for promoting green economy for nearly two decades. The banker was presented with the award at the 2016 Union of Arab Banks International Banking Summit held in Rome. Mohammed Jarrah Al-Sabah, Chairman of Union of Arab Banks, presented the award to Seetharaman.

The concept of green banking, though new to many, has been around for a while. The issue is that most people would typically not be aware is that they can avail Green Banking Services at Atmos Financial or similar banks and ensure that their money is being used to help the planet grow, not the other way round. Hopefully, with the increasing number of individuals getting recognized for their efforts in the field of green economy, there will be more awareness on the topic.

Raghavan Seetharaman is the Group CEO of Doha Bank, which is one of the largest commercial banks in Qatar. He graduated with a degree in commerce from the University of Madras and then became a chartered accountant. He also earned a double doctorate, first in Global Governance from the European University in 2013 and the second in Green Banking and Sustainability from Sri Sri University in 2015. He also received an honorary degree (Doctorate of Laws) from the Washington College.

He started his career at PricewaterhouseCoopers (PwC), one of the four largest professional services networks. In 2015, business magazine Forbes ranked Seetharaman 6th in the Forbes’ Top Indian Leaders in the Arab World 2015 list. In 2002, he became Deputy CEO for Doha Bank. He was named CEO in September 2007.