The Indian hockey team put up a scintillating performance to beat Japan 6-1 in the semi-final and enter the summit clash of the Junior Asia Cup.  Mandeep Singh opened the scoring for India in the 12th minute before Manpreet Singh put the ball into the net in the next minute at the Wisma Belia Hockey Stadium. 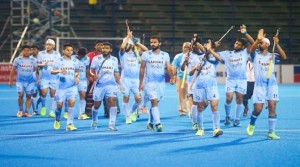 Harmanpreet Singh and Vikramjit Singh scored one each in the 23rd and 27th minutes before Japan scored a consolation in the 44th minute through Shota Yamada. Harmanpreet scored another four minutes later while Varun Kumar added the last goal for India in the 64th minute to put India in the final on Sunday. Pakistan and South Korea will play the second semi-final.

Some important Terminology in Hockey