The IBPS Specialist Officer (SO) Exam 2016 for recruitment of specialist officer vacancies in public sector banks has been announced. So we D2G Team is here with IBPS SO Material. 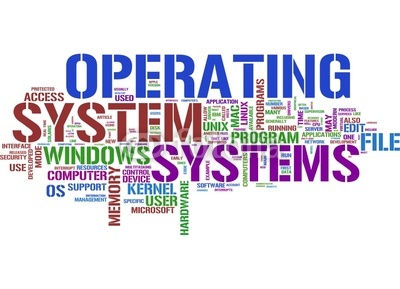 1-2. The operating system creates _____ from the physical computer
A. Virtual space
B. Virtual computers
C. Virtual device
D. None

1-3. ______ shares characteristics with both hardware and software
A. Operating system
B. Software
C. Data
D. None

1-5. Which is the first program run on a computer when the computer boots up?
A. System software
B. Operating system
C. System operations
D. None

1-6. Which is built directly on the hardware?
A. Computer Environment
B. Application Software
C. Operating System
D. Database System

1-7. Which of the following Operating System does not implement multitasking truly?
A. Windows 98
B. Windows NT
C. Windows XP
D. MS DOS

1-8. Which runs on computer hardware and serve as platform for other software to run on?
A. Operating System
B. Application Software
C. System Software
D. All

1-9. Which is the layer of a computer system between the hardware and the user program
A. Operating environment
B. Operating system
C. System environment
D. None

1-10. The primary purpose of an operating system is:
A. To make the most efficient use of the computer hardware
B. To allow people to use the computer,
C. To keep systems programmers employed
D. To make computers easier to use