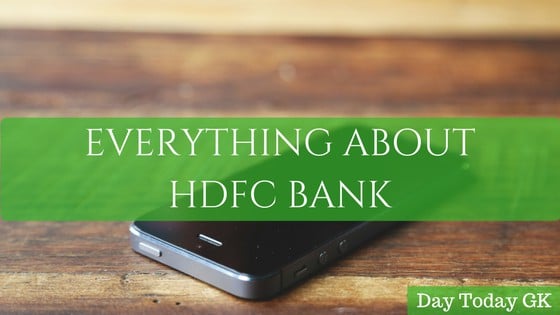 The Bank at present has an enviable network of 2201 branches and 7110 ATMs spread in 996 cities across India.

Branches in others countries:

They have one overseas wholesale banking branch in Bahrain, a branch in Hong Kong and two representative offices in UAE and Kenya.

In the year 1994, Housing Development Finance Corporation Ltd was amongst the first to receive an in principle approval from the Reserve Bank of India to set up a bank in the private sector, as part of the RBIs liberalization of the Indian Banking Industry.

The Bank commenced operations as a Scheduled Commercial Bank in January 1995.

In the year 1998, they launched their first retail lending product, Loans against Shares. In the year 1999, the Bank launched online, real-time Net Banking.

The Bank was the first Bank to launch an International Debit Card in association with VISA (Visa Electron).

In the year 2001, they started their Credit Card business.

Tag lines: We Understand Our World

Awards and Recognition of HDFC Bank