There are different Famous Monuments of World. The term ‘monument’ is usually applied to buildings or structures that are considered examples of important architectural and/or cultural heritage. Monuments have been created for thousands of years, and they are often the most durable and famous symbols of ancient civilizations.

Other than the individual government that protecting the monuments in their jurisdiction, there are institutions such as UNESCO’s World Heritage Site programme and World Monuments Fund, that protect and preserve monuments that considered to possess special natural or cultural significance for the world. Here is the Complete list of Famous Monuments of the world. 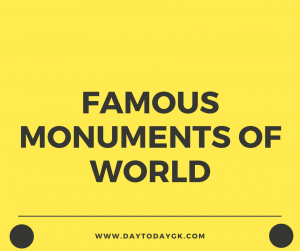 Amazing Facts You Should Know