Home » Health » Everything You Need to know about Tuberculosis

Tuberculosis, commonly known as TB, is one of the world’s deadliest diseases.  You know what? Almost 2 million people die worldwide every year because of TB.

What exactly is TB? What is the cause? Is there any treatment? What is MDR – TB? Why is it so deadly?

This Article will answer all your questions. Read it. Update yourself. Kindly share with your friends. Sharing is Caring. 🙂 🙂 🙂

The bacteria that cause tuberculosis are transmitted through the air.

How a person get infected from Tuberculosis?

In 19th Century, Tuberculosis was responsible for as many as 25 percent of all deaths in Europe, notably among the young and the poor.

What about World Tuberculosis Day?

According to the World Health Organization, approximately one-third of the world’s population is infected with TB—and its death toll is second only to HIV. 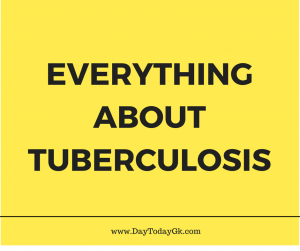 Tuberculosis is Treatable or Not?

If the full course of medications are taken properly and regular follow-ups are done with the doctor, TB can be completely cured.

In India Testing and treatment are available free of cost at all government hospitals, primary and community health centers.

If it is Treatable, then why so many people die?

The bacteria that cause TB can develop resistance to the antimicrobial drugs used to cure the disease. Multidrug-resistant TB (MDR-TB) is TB that does not respond to at least isoniazid and rifampicin, the two most powerful anti-TB drugs.

A patient who develops active disease with a drug-resistant TB strain can transmit this form of TB to other individuals.

What Are the Symptoms of Tuberculosis?

The symptoms of tuberculosis range from no symptoms (latent tuberculosis) to symptoms of active disease. In fact, a person may not even be aware that he has a latent TB infection until it’s revealed through a skin test, perhaps during a routine checkup.

The Symptoms of Active TB are,

According to the WHO, around half a million infants and children get ill with TB every year and 70000 die. Children under three years of age, especially those who are malnourished and with compromised immune systems are particularly prone to the disease.

To prevent TB in children, get them immunized with the BCG vaccine soon after birth. Drug resistance can be detected using special laboratory tests which test the bacteria for sensitivity to the drugs or detect resistance patterns. 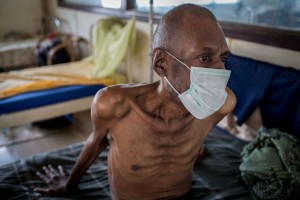 The TB vaccine called Bacillus Calmette-Guerin (BCG) was first developed in the 1920s. It is one of the most widely used of all current vaccines, and it reaches more than 80% of all new born children and infants in countries where it is part of the national childhood immunization programme.

To avoid getting an active TB infection:

Watch this Educational Video about Tuberculosis

India is the country with the highest burden of TB. The World Health Organisation (WHO) statistics for 2014 give an estimated incidence figure of 2.2 million cases of TB for India out of a global incidence of 9 million.

India has a large burden of the world’s TB, one that this developing country can ill afford, with an estimated economic loss of US $43 billion and 100 million lost annually directly due to this disease.

Today India’s TB control program needs to update itself with the international TB guidelines as well as provide an optimal anti TB treatment to the patients enrolled under it or it will land up being another factor in the genesis of drug resistant tuberculosis.

Kindly Give a rating & Share with your Friends. Feel free to give your Feedback!!!