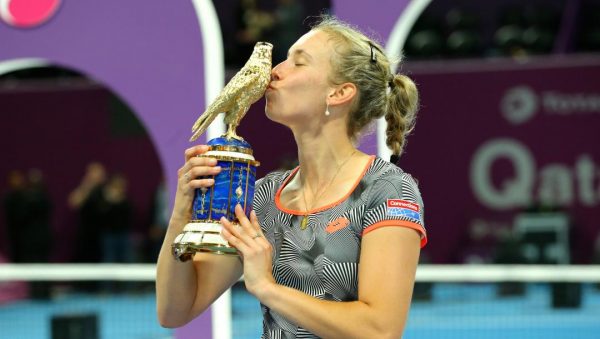 Elise Mertens has claimed the biggest title of her career by beating top seed Simona Halep to win the Qatar Open. Mertens, 23, recovered fr6om a set and a break down – losing 18 points in a row at one stage in the second set – to beat the world number three 3-6 6-4 6-3. World number 21 Mertens also overcame a lengthy medical time-out for a back issue in the first set.

Mertens’ triumph over the Romanian was her third win over a top 10 player in Doha. She had already beaten Angelique Kerber and Kiki Bertens, a year after she was knocked out of the tournament in the first round.