Earthquakes are the shaking, rolling or sudden shock of the earth’s surface. They are the Earth’s natural means of releasing stress. More than a million earthquakes rattle the world each year.

There are about 20 plates along the surface of the earth that move continuously and slowly past each other. When the plates squeeze or stretch, huge rocks form at their edges and the rocks shift with great force, causing an earthquake. Think of it this way: Imagine holding a pencil horizontally. If you were to apply a force to both ends of the pencil by pushing down on them, you would see the pencil bend. After enough force was applied, the pencil would break in the middle, releasing the stress you have put on it. The Earth’s crust acts in the same way. As the plates move they put forces on themselves and each other. When the force is large enough, the crust is forced to break. When the break occurs, the stress is released as energy which moves through the Earth in the form of waves, which we feel and call an earthquake. 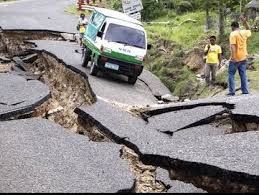 What causes an Earthquake??

Earthquakes are caused by the movements of the huge tectonic plates that make up Earth’s outer crust. Driven by currents in the semi-molten layer below the crust, the plates slowly drift over Earth’s surface and collide, grind together, or pull apart. Most earthquakes occur on fault lines-cracks in Earth’s crust where two plates meet and grind together.

How do they occur?? 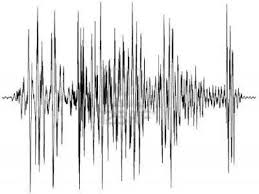 How are earthquakes recorded? 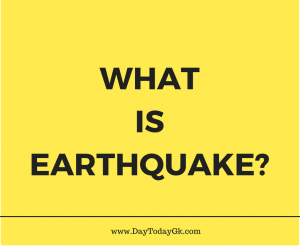 What happens during an Earthquake??

When two tectonic plates are passing one another, the amount of kinetic energy involved can be enormous due to the large mass involved. When the edges catch, the friction builds up energy like a stretched rubber band. Eventually, the motion of the plates overcomes the resistance of the stuck area, and that energy is released suddenly in the form of vibrations. These waves travel through the surface of the earth, causing an earthquake and later resulting in unimaginable damage to properties. In case of smaller shock waves, there is a possibility of several damages, including plumbing issues. Homeowners would have to consult a renovation team, a Kamloops plumber, and other professionals to rebuild the wreckage.

In many cases, an earthquake can be preceded or followed by additional shocks. These are smaller quakes caused by smaller slips between the two plates. A cluster of small tremors can indicate a fault that is building up large amounts of stored energy, and can warn of a major earthquake. One potential side effect of an earthquake is liquefaction. When soil that contains large amounts of water is suddenly shaken by a tremor, it can begin to behave more like a liquid than a solid. This can cause a sudden subsidence in the surface, creating sinkholes and causing structures to tilt and sink wildly.

This type of natural disaster is notorious for wreaking havoc. Natural disasters are unpredictable. And when they occur, they leave a path of devastation in the affected area. These disasters not only take lives but also destroy property, including buildings, cars, and everything else. Many times, the wiring in the houses is disrupted as a result of these shocks, necessitating the need for Derry electrical repairs. The disruption in electrical wiring may result in unprecedented events, which may endanger the lives of those who live in that house/building. That is why it is critical to have home insurance and car insurance that can cover the repair and replacement of these costly assets. A car insurance policy, for example, can cover any damage caused by a natural calamity such as an earthquake, flood, or cyclone. The only requirement is that you have comprehensive car insurance coverage. Hence, before you decide to invest in any type of car insurance, you should probably find out which ones make up to the list of reddit best car insurance policies and then choose the one that could be the best fit for you.

How do scientists identify where it has occured?? 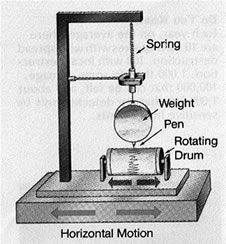 P waves are like the lightning, and S waves are like the thunder. The P waves travel faster and shake the ground where you are first. Then the S waves follow and shake the ground also. If you are close to the earthquake, the P and S wave will come one right after the other, but if you are far away, there will be more time between the two. By looking at the amount of time between the P and S wave on a seismogram recorded on a seismograph, scientists can tell how far away the earthquake was from that location. However, they can’t tell in what direction from the seismograph the earthquake was, only how far away it was. If they draw a circle on a map around the station where the radius of the circle is the determined distance to the earthquake, they know the earthquake lies somewhere on the circle.

Scientists then use a method called triangulation to determine exactly where the earthquake was. It is called triangulation because a triangle has three sides, and it takes three seismographs to locate an earthquake. If you draw a circle on a map around three different seismographs where the radius of each is the distance from that station to the earthquake, the intersection of those three circles is the epicenter!

Where is Earthquake warning system is installed??

An Earthquake Warning System (EWS) was installed in Uttarakhand, Dehradun. With this, Uttarakhand became first Indian state to install a system that can detect earthquakes and disseminate warnings.

Highlights of the Earthquake Warning System

10 countries most prone to earthquakes:- 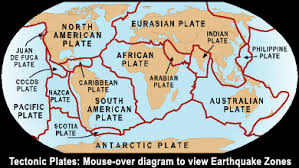 Indonesia – Jakarta or commonly known as Indonesia is highly vulnerable to earthquakes and other natural disasters.
Turkey – Turkey falls within the seismic zone between Eurasian plates, African and Arabian plates. Majority part of the country lies on the Anatolian plate.
Mexico – Mexico has faced several earthquakes in the past and the magnitude of devastation has been exemplified due to the badly designed structures of buildings, houses etc.
El Salvador – El Salvador is prone to earthquakes and other natural calamities.
Pakistan – The country has been a victim of several deadly earthquakes measuring as high as 7.8 on the Richter scale.
Philippines – Philippines is a densely populated island that primarily lies on the edge of the Pacific plate, popularly known as Pacific “Ring of fire”.
Ecuador – Ecuador is a land of several active volcanoes and thus their presence makes it an extremely dangerous place to be in the event of high- magnitude tremors and quakes.
India – Primarily India has been divided into five zones on the basis of intensity of the quakes and peak ground accelerations. The most affected areas including Kashmir, Himalayas and Rann of Kutch fall in the zone 5.
Nepal – Nepal is a seismically active area and thus according to estimates a citizen in Nepal is two times more likely to be killed in an earthquake than any other civilian in the world.
Japan – Japan has a long history of disastrous earthquakes. It is primarily situated on the Pacific “Ring of fire”. 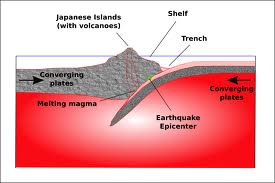 Worlds’s Smallest Recorded Earthquake
Santiago Janipsi on a rhicter scale on 0.135 and it destroyed no buildings, killed 80 people, 5 dogs, 16 sheep, 4 wasps, 12 fleas and 42 Rhiannons and it’s epicentre was situated 8.73 miles from the main city of Santiago Janipsi.

The Five Strongest Earthquakes Since 1900