Data Transmission Modes
There are three ways of transmitting data from one point to another as shown in Figure.
1. Simplex : In simplex mode, the communication can take place in one direction. The receiver receives the signal from the transmitting device. In this mode the flow of information is Uni-directional. Hence it is rarely used for data communication. 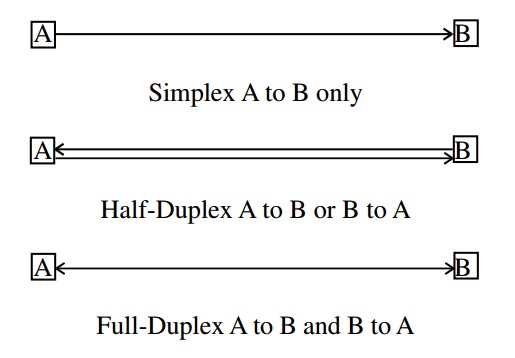 2. Half-duplex: In half-duplex mode, the communication channel is used in both directions, but only in one direction at a time. Thus a half-duplex line can alternately send and receive data.

3. Full-duplex: In full duplex, the communication channel is used in both directions at the same time. Use of full-duplex line improves the efficiency as the line turnaround time required in a half-duplex arrangement is eliminated. Example of this mode of transmission is the telephone line.

Digital and Analog Signal
Data is transmitted from one point to another point by means of electrical signals that may be in digital and analog form. So one should know the fundamental difference between analog and digital signals. In an analog signal, the transmission power varies over a continuous range with respect to sound, light and radio waves. 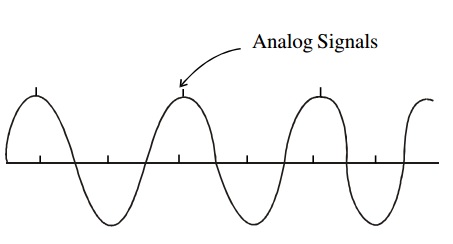