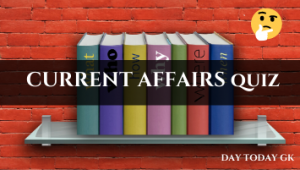 1. Which railway Station got 5-star certification for providing high-quality, nutritious food?
a) Varanasi Cantt
b) Bangalore Majestic
c) Chennai MGR station
d) None of these


Click here to View Answer
Answer a) Varanasi Cantt Railway Station. The certification is awarded by FSSAI to railway stations that set benchmarks in providing safe and wholesome food to passengers.

3. Which country has taken over the leadership of the Asia Pacific Postal Union (APPU) in January 2023?
a) China
b) India
c) Japan
d) Nepal


Click here to View Answer
Answer b) India. India has taken over the leadership of the Asia Pacific Postal Union (APPU) in January 2023. Dr Vinaya Prakash Singh will take over the charge of Secretary General of the Union for a tenure of 4 years. This is the result of the elections during the 13th APPU Congress held in August-September 2022.

6. Who has been appointed as Managing Director and Chief Executive Officer of BSE(formerly Bombay Stock Exchange)?
a) Aravindh Manikandan
b) Amar Nath
c) Ajay Kumar A
d) Sundararaman Ramamurthy


Click here to View Answer
Answer d) Sundararaman Ramamurthy. The appointment comes after BSE’s erstwhile MD & CEO Ashish Chauhan resigned from the stock exchange in July 2022 and moved to the National Stock Exchange (NSE). Ramamurthy had served as a senior member of NSE since its inception.


Click here to View Answer
Answer b) Odisha. Odisha won the UN- Habitat’s World Habitat Awards 2023 for the Jaga mission. The mission is a 5T initiative of the state.

8. Satish Dhawan is passed away, who is associated with_____________.
a) Indian mathematician
b) Aerospace engineer
c) Researchers
d) All the above.


Click here to View Answer
Answer d) All the above. Dr. Satish Dhawan (25 September 1920 – 3 January 2002) was an Indian mathematician and aerospace engineer, widely regarded as the “father of experimental fluid dynamics research in India”. Born in Srinagar, Dhawan was educated in India and further on in United States.