India has many awards but we chose only 2 categories for now. Civilian Awards and Patriotic Awards. Read the Article to have knowledge about India’s most prominent Awards. 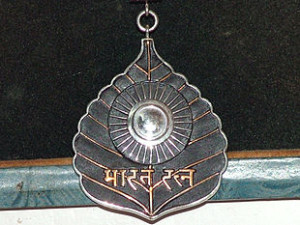 The Bharat Ratna, the highest civilian Award of the country, was instituted in the year 1954. Any person without distinction of race, occupation, position, or gender is eligible for this award. It is awarded in recognition of exceptional service/performance of the highest order in any field of human endeavor. The recommendations for Bharat Ratna are made by the Prime Minister to the President.

Padma Awards were instituted in the year 1954. Except for brief interruption(s) during the years 1977 and 1980 and 1993 to 1997, these awards have been announced every year on Republic Day. The award is given in three categories, namely, Padma Vibhushan, Padma Bhushan and Padma Shri.

• Padma Shri is awarded for ‘distinguished service’; Padma Shri (also Padmashree) is the fourth highest civilian award in the Republic of India, after the Bharat Ratna, the Padma Vibhushan, and the Padma Bhushan. Awarded by the Government of India, it is announced every year on India’s Republic Day.

• Padma Bhushan for ‘distinguished service of a high order’; The Padma Bhushan is the third highest civilian award in the Republic of India, after the Bharat Ratna and the Padma Vibhushan, but comes before the Padma Shri. It is announced on the occasion of Republic Day of India every year. It is conferred by the President of India at a function held at Rashtrapati Bhavan sometime around March/ April.

• Padma Vibhushan for ‘exceptional and distinguished service’; The Padma Vibhushan is the second-highest civilian award of the Republic of India. Instituted on 2 January 1954, the award is given for the “exceptional and distinguished service”, without distinction of race, occupation, position, or sex. The criteria include the “service in any field including service rendered by Government servants” but excluding those working with the Public sector undertakings with the exception of doctors and scientists. The award seeks to recognize work of any distinction and is given for distinguished and exceptional achievements/service in all fields of activities/disciplines, such as Art, Literature and Education, Sports, Medicine, Social Work, Science and Engineering, Public Affairs, Civil Service, Trade and Industry etc. All persons without distinction of race, occupation, position or sex are eligible for these awards.

• Param Vir Chakra — Highest military award for, equivalent to the Victoria Cross (which was replaced once India gained its independence). The Param Vir Chakra (PVC) is India’s highest military decoration awarded for the highest degree of valour or self-sacrifice in the presence of the enemy. The medal has been awarded 21 times, 14 of which were posthumous awards. Literally meaning ‘Wheel (or Cross) of the Ultimate Brave, it is similar to the Medal of Honor in the United States and the Victoria Cross in the United Kingdom. The PVC was established on 26 January 1950 (Republic Day of India), by the President of India, with effect from 15 August 1947 (Independence Day of India). It can be awarded to officers or enlisted personnel from all branches of the Indian military. It is the highest gallantry award of the Government of India after Ashoka Chakra,(amendment in the statute on 26 January 1980 resulted in this order of wearing). It replaced the former British colonial Victoria Cross (VC).

• Vir Chakra – Third in precedence in the awards for wartime gallantry. Vir Chakra is an Indian gallantry award presented for acts of bravery in the battlefield. It replaced the British Distinguished Service Cross (DSC), Military Cross (MC) and Distinguished Flying Cross (DFC). Award of the decoration carries with it the right to use Vr.C. as a postnominal abbreviation (note the care to distinguish this abbreviation from that for the Victoria Cross (V.C.).

• Kirti Chakra – Second in order of precedence of peacetime gallantry awards. The Kirti Chakra is an Indian military decoration awarded for valour, courageous action or self-sacrifice away from the field of battle. It may be awarded to civilians as well as military personnel, including posthumous awards. It is the peacetime equivalent of the Maha Vir Chakra.

• Shaurya Chakra – Third in order of precedence of peacetime gallantry awards. It is Paramvir on 1st. The Shaurya Chakra is an Indian military decoration awarded for valour, courageous action or self-sacrifice while not engaged in direct action with the enemy. It may be awarded to civilians as well as military personnel, sometimes posthumously. It is the peacetime equivalent of the Vir Chakra. It is generally awarded for Counter-Insurgency operations and actions against the enemy during peace-time.

• Sena Medal: The Sena Medal is awarded to members of the Indian army, of all ranks, “for such individual acts of exceptional devotion to duty or courage as have special significance for the Army.” Awards may be made posthumously and a bar is authorized for subsequent awards of the Sena Medal.

• Nao Sena Medal: is a gallantry award for servicemen in the Indian Navy. It was established by the President of India, 17 June 1960. 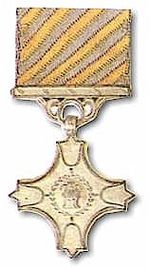 • Vayusena Medal: The Vayusena Medal is an Indian military decoration, usually awarded in peacetime for a job well done. However, it has been granted during times of conflict for acts of gallantry in the face of an enemy, though not in the same numbers as the Vir Chakra.