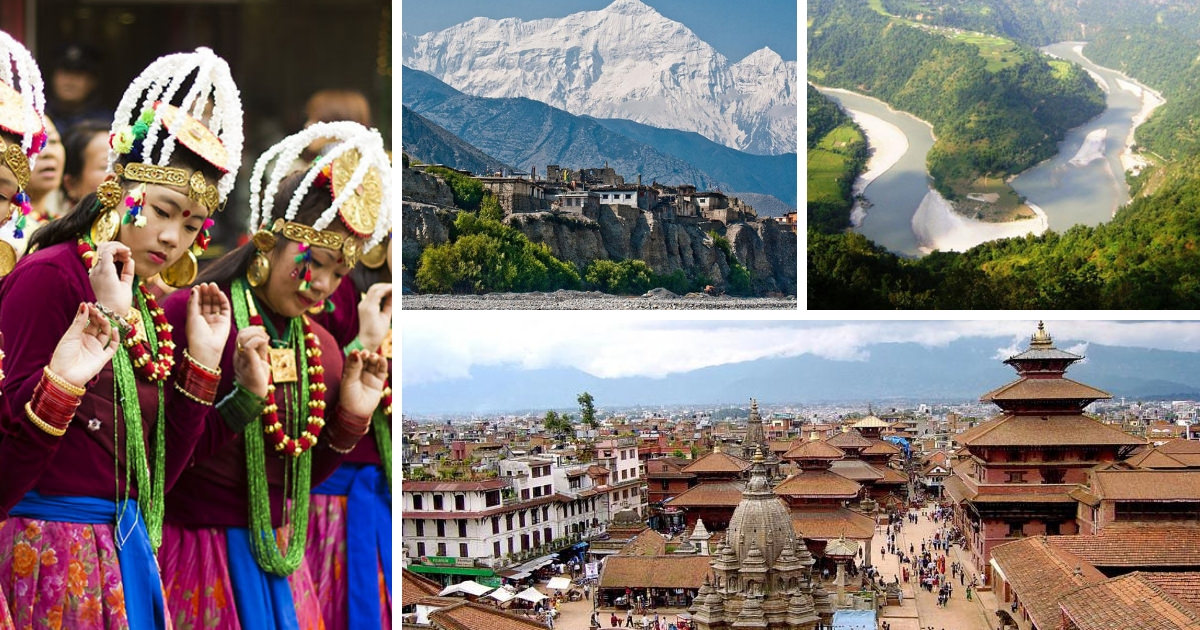 Facts about Nepal – Nepal is a landlocked country in Southern Asia, between the Tibet autonomous region of China and India. It contains 8 of the world’s 10 highest peaks, including Mount Everest – the world’s tallest – on the border with Tibet, and Lumbini, the birthplace of Gautama Buddha, the founder of Buddhism. The Sanskrit word Nepalaya means “at the foot of the mountains” or “abode at the foot”; Nepal may be derived from this.

The Nepal flag is the only national flag that is not quadrilateral in shape. It is made of two triangles. The triangles are said to represent Hinduism and Buddhism. They also represent the Himalayan Mountains.

Its crimson red is the colour of the rhododendron, the country’s national flower. The blue border is the colour of peace. Until 1962, the flag’s emblems, the sun, and the crescent moon had human faces. They were removed to modernize the flag.

The abominable snowman, also known as the yeti, is a legendary ape-like creature that is believed to frequent the high valleys of Nepal.

The large-scale migrations of Asian groups from Tibet and Indo-Aryan people from northern India, which accompanied the early settlement of Nepal, have produced a diverse linguistic, ethnic, and religious pattern. Nepalese of Indo-Aryan ancestry comprise the people of the Tarai, the Pahari, the Newar, and the Tharus—the great majority of the total population.

Basic Economy: Agriculture is the lynchpin of the country’s economy and employs approximately 75% of its population of 27 million.

Agriculture is the mainstay of the economy, providing a livelihood for more than 70% of the population and accounting for a little over one-third of GDP

Facts about the Himalayas: