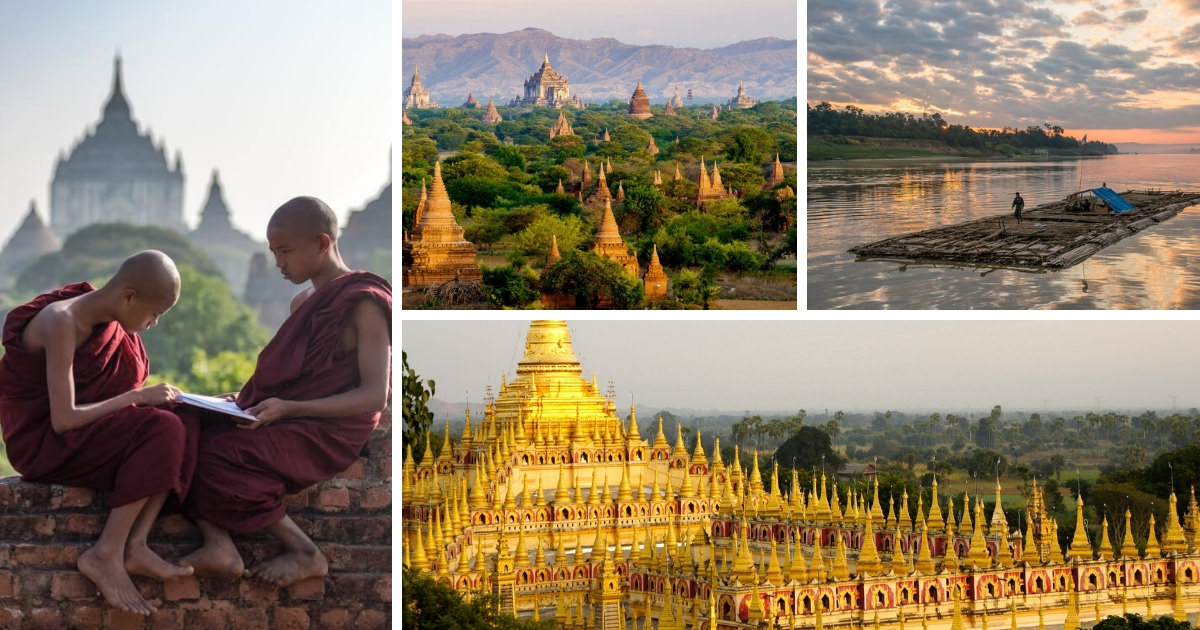 Facts about Myanmar –Myanmar is also known as Burma, was long considered a pariah state. Early civilizations in Myanmar included the Tibeto-Burman-speaking Pyu city-states in Upper Burma and the Mon kingdoms in Lower Burma. For most of its independent years, the country has been engrossed in rampant ethnic strife and Burma’s myriad ethnic groups have been involved in one of the world’s longest-running ongoing civil wars. Myanmar is a mystical land. A country of hills and valleys, mountains and beaches, temples, and jungles.

The National Flag of Myanmar (Burma) was adopted in 2010. It consists of three horizontal stripes of yellow colour which symbolizes solidarity, green for peace and tranquillity and red for courage and decisiveness, with a large white star overlaid in the centre. 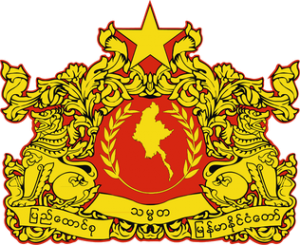 The coat of arms or the state seal has two chinthe(mythical lions) facing opposite one another, and at its centre is a map of Burma. The coat of arms is surrounded by traditional Burmese flower designs and a star at its top. A five-pointed star is at the top centre and “The Union of Myanmar” is written along the bottom of the seal. Burmese is a Tibeto-Burman language whose alphabet is derived from South Indian scripts. The largest ethnic group that speaks Burmese is the Myanma; there is a smaller Burmese-speaking ethnic group known as Baramagyi (or Barua).

Myanmar is a country of great ethnic diversity. The Burmans, who form the largest group, account for more than half of the population. They are concentrated in the Irrawaddy River valley and in the coastal strips, with an original homeland in the central dry zone.

The Irrawaddy and Sittang deltas were once peopled by the Mon, who likely entered the country more than two millennia ago from their kingdoms in the Chao Phraya River valley in Thailand.

Chinlone (cane ball)is the national sport of Myanmar. Over 1,500 years old, chinlone is a non-competitive team sport, where players perform a range of “moves” in order to keep the rattan ball from the ground. It takes a lot of focus, teamwork, and skill. Only six points of contact from the knees to the toes are allowed. The teams of six players can be mixed gender and made up of children and adults.

New Year’s Day in Myanmar is on April 16 and consists of a 3-day celebration.