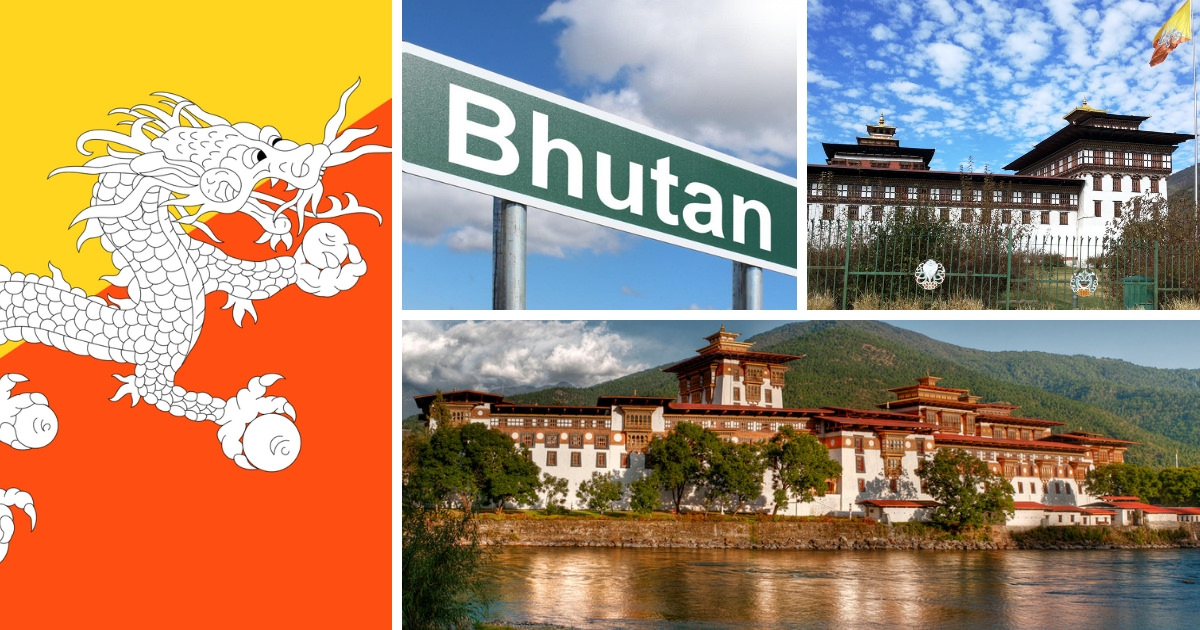 Facts about Bhutan – Bhutan is a tiny and remote kingdom nestling in the Himalayas between its powerful neighbours, India and China. The legendary land of Bhutan was first settled in the ninth century by wandering migrants from the Tibet region of China. The tiny Kingdom of Bhutan has been called “The Last Shangrila.

Bhutanese people primarily consist of the Ngalops and Sharchops, called the Western Bhutanese and Eastern Bhutanese respectively. The Lhotshampa, meaning “southerner Bhutanese”, are a heterogeneous group of mostly Nepal ancestry. It was claimed they constituted 45% of the population in 1988 census.

The National Day of Bhutan is December 17. The date marks the coronation of Ugyen Wangchuck as the first Druk Gyalpo of modern Bhutan.