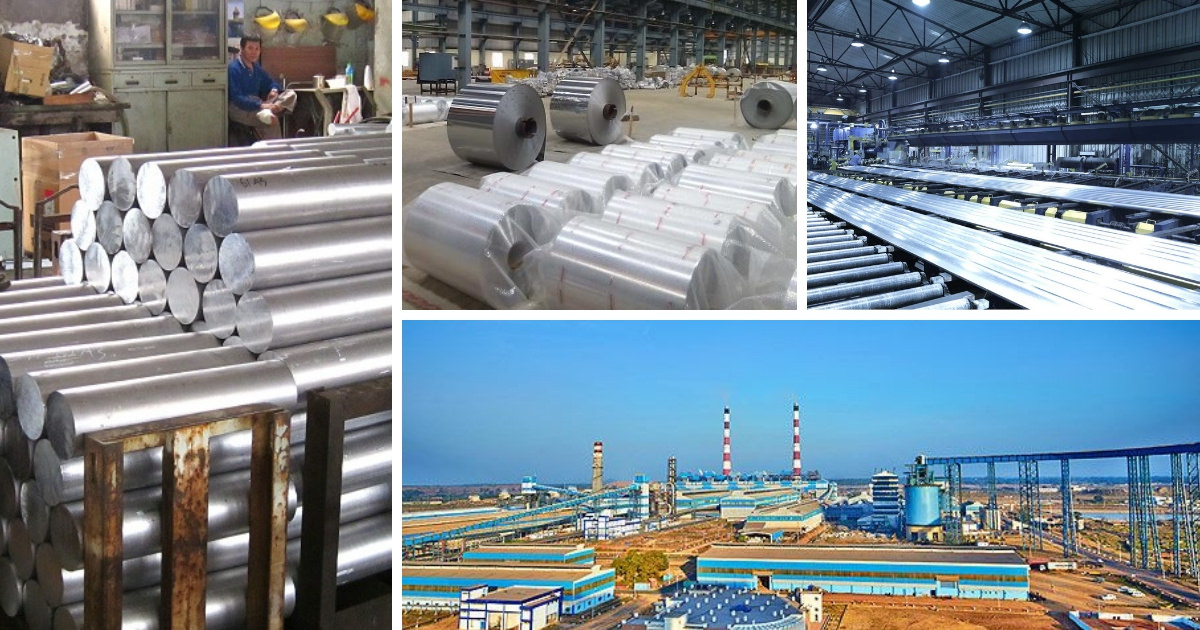 Hindalco is most profitable and the leading aluminium manufacturing company of India. It has the largest market share counting to a mammoth 39% in Indian aluminium industry. The company is a profit-making segment of Aditya Birla Group. Four of its production units are in Uttar Pradesh.

Nalco is a Government of India undertaking company. The company has a production plant in Damanjodi, Orissa. This company unit has production capacity up to460000 tonnes.

Bharat Aluminium Company Limited is rated among the top aluminium producing companies of India. Established in 1965, and the company has become a leading player in the country’s Public sector.

Madras Aluminium Company is another prominent name in the aluminium production segment of India. It is a subsidiary of Vedanta Resources. As its name says the company has got a production plant in Tamil Nadu.

Indian Aluminium Company Limited is a well-reputed aluminium production company in India. It is now merged with Hindalco Industries Limited. It is also known for its quality products in the aluminium industry.

Kennametal India was established in the year 1964. With more than 50 years of experience, the company is well-trusted aluminium producing player. The is formally known as Widia India Limited.

Also known as HZL, Hindustan Zinc is another preeminent aluminium producing company in India. It is a public listed company. It started its operation in 1966 and with 50 years of experience in the aluminium industry.

Established in the year 2000, Sujana Metal Products has become a foremost Aluminium manufacturing company in the Southern region of India. The company has many products such as international trade, structural steels, TMT bars, and tower manufacturing.

Gujarat Foils Ltd. or GFL is a part of the $1.1 Billion company known as Topworth Group. It is the 3rd largest manufacturer of aluminium foils as well as sheets in India. GFL is the company is publicly listed in the BSE or Bombay Stock Exchange.

Sterlite is another leading aluminium manufacturing company of India. The Company is flourishing at an incredible rate. Its USP is its ability to produce top quality aluminium at a minimum price.