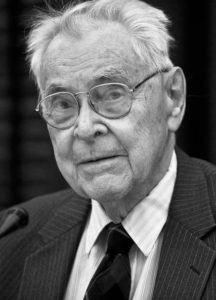 William H McNeill, an award-winning world historian and author, has died in Torrington, Connecticut, at age 98. His death was confirmed by Steve Koppes, associate news director at the University of Chicago, where McNeill was a professor emeritus.

William Hardy McNeill (born October 31, 1917) was a Canadian-American world historian and author, particularly noted for his writings on Western civilization. He was Professor Emeritus of History at the University of Chicago where he has taught since 1947. He was the father of historian J. R. McNeill with whom he co-authored The Human Web: A Bird’s-eye View of World History.