Home » Social Awareness » Who is a Transgender? D2G Explains!!!

Who is a Transgender?

“Transgender is a person who enters the train or bus and gets money from us forcibly. Transgender is a person who stands in front of a shop or a hotel, claps the hands, and gets money from the Shop Owner. When a Transgender enters a train, I always avoid looking at them. Either I keep on looking at the window or I just close my eyes and pretend to be sleeping.  Even though I fear a lot inside, I just don’t show it.”

If YOU and Mr.X are on same page, then it’s time to change your mind set.

What does Transgender mean?

Transgender means someone whose gender differs from the one they were given when they were born. Transgender people may identify as male or female, or they may feel that neither label fits them. For example, a person who identifies as transgender may have typical male anatomy but feel like a female and seek to become female by taking hormones or electing to have sex reassignment surgeries.

For many of us, that internal sense of maleness or femaleness matches up with the doctor’s message when we were born. For transgender people, it doesn’t.

How is sexual orientation different from gender identity?

The acronym LGBT is used to describe the lesbian, gay, bisexual, and transgender community. The first three letters (LGB) refer to sexual orientation. The “T” refers to gender identity.

Sexual orientation describes a person’s enduring physical, romantic, and/or emotional attraction to another person (for example: straight, gay, lesbian, bisexual), while gender identity describes a person’s, internal, personal sense of being a man or a woman (or someone outside of that gender binary).

Simply put: sexual orientation is about who you are attracted to and fall in love with; gender identity is about your own sense of yourself.

What causes a person to be transgender? 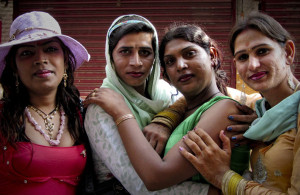 There is strong evidence that most transgender people are born with a predisposition to being transgender that was formed prenatally. Generally gender identity seems to be fully formed before age 6 and then becomes very difficult to change or influence later. There are thought to be 3 major factors in development, Chemical/Hormonal, Genetic and Environmental.

Different Phases in Life of a Transgender

Children get cues early on from parents about appropriate behavior, and internalize them.  For example By nature, the MTF (male to female) transgenders love to play dolls with their sisters or neighbors. They don’t do rough stuffs ie “Boy Things”. But the parents expect them to be different. They don’t know that this is their child’s nature. Kids of this age start to get the idea that there is a part of themselves that must remain hidden.

This is a particularly hard age, since the body begins to change and adapt gender specific features (breasts, changes in genitals, menses, etc..).  Many transgender individuals are aware of their issue by this age, but lack the means and agency to effect any change.

With emotional and financial independence some people feel free to begin to address transgender issues at this age and look into transitioning.  However, some are not as free to do so, due to family and other obligations, or due to lack of information and access to services.

Some transgender individuals put off transitioning until later in life when they feel able to do so.  This 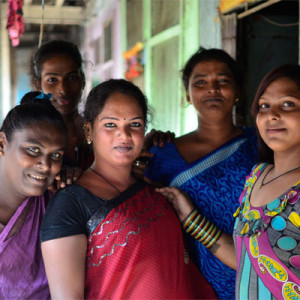 can be satisfying, but can also have the disadvantage of  producing a less convincing outcome. Friends and family may have a harder time understanding what is happening since they knew the person for so long in their natal gender.

There can be isolation, hiding and secrets, which can lead to depression and anxiety.  Transgender adults are much more likely to have suicidal thoughts, with 50% of adults reporting some suicidal ideation.

Deciding what to do

This is a big part of the transgender Individuals experience.  Making decisions about transitioning, what level to transition to, or whether to attempt any transition at all are complicated decisions and require time and support.

There are fears of how one will be accepted by family (parents, partners, children, grandparents and others), friends, colleges, fellow students, church groups, etc..  There can be anxiety about ‘passing’ or how convincing one will be to others as a man or woman (i.e. whether or not one will be “read” as transgender).

For those transgender individuals who decide to transition (to present and live in the other sex outwardly), these emotional/psychological issues may come up.

What will you do when you come to know that your Son/Daughter or your Brother/Sister or your Close Friend is a Transgender? 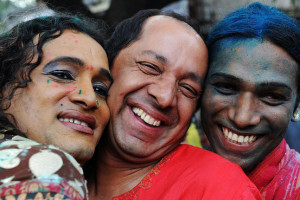 Transgenders are also Humans. They have emotions just like us. They have a soul inside and they feel pain as well. Please give some respect to them. Accept & recognize them as they are. That’s all they need from us. We have Temples for Lord Shiva, Lord Shakthi, and Lord Arthanareeswarar (represents the synthesis of masculine and feminine energies of the universe). Trangendsers are the form of Lord Arthanareeswarar. They are also the part of the Nature.

We should not blame the Government for the current situation of Transgenders. Because we are the Government. A genuine change must first come from within the individual, only then can he or she attempt to make a significant contribution to humanity.

When you see a Transgender next time, please don’t turn your face. Don’t put the ear phones immediately and close your eyes. Don’t give money with sad or angry face. Give it happily. All they need is a small smile in your face. They don’t have any place to go. They have been running throughout their life. It’s our job to protect and support us. They are not Dinosaurs. So don’t be afraid.

If you think Transgenders are not smart, then read the below links.

(Be a Part of the Change. Give a Rating. Then You Can Easily Share With Your Friends)